A driver, who was sleeping in his truck, was washed away in a rivulet in Rampur in upper Shimla, while one died each in Chopal and Hamirpur towns due to landslides. With this, the death toll during the monsoon rose to 28 in the state.

The state experienced moderate to heavy rains with Sujanpur Tira in Hamirpur district recording the highest rainfall in the state at 187 mm. More rains are in store, the Met Office said. 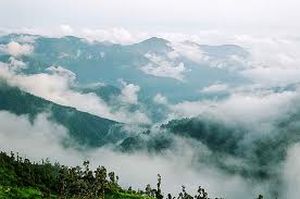 “Precipitation occurred at most places in the state with very heavy rainfall in Kangra, Hamirpur, Mandi and Sirmaur districts,” an official of the meteorological office said here.

The National Highway-72 linking Ambala with Dehradun via Kala Amb in Himachal’s Sirmaur district, which was closed for over 12 hours due to landslips, reopened today.

Deputy Commissioner Vikas Labroo said that the highway was badly damaged at several points. “There was damage to several bridges in Kala Amb and Nahan areas.”

There were reports of link road closure in interiors of Shimla, Sirmaur, Mandi, Hamirpur and Kullu districts, hampering movement of traffic.

A government spokesperson said the Satluj, Beas and Yamuna rivers and their tributaries have been again in spate in Kinnaur, Shimla, Kullu, Mandi, Bilaspur and Sirmaur districts.

According to the Met Office, heavy to very heavy rainfall is likely at some places in the state tomorrow also.

However, capital Shimla experienced only 6.6 mm, while Manali, Dharamsala and Nadaun towns received 32 mm, 148 mm and 143 mm of rain, respectively.

Jogindernagar town in Mandi district got 125 mm of rain.

A team from the central government, led by Joint Secretary (Home) Veena Kumari Meena, will conduct an on-the-spot assessment July 25 of the damage in the last month’s heavy rain in Kinnaur district.