Beijing: Seven years after the Qinghai-Tibet Railway began operation, the “roof of the world” is about to see more railway lines connecting it to other parts of China. 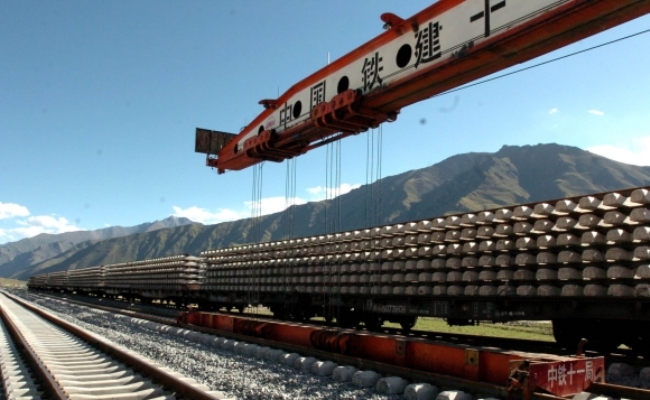 Several new rail lines are either under construction or being planned to form a rail network in the sparsely populated Qinghai-Tibet plateau, Xinhua reported.

The Qinghai-Tibet railway, which spans 1,956 km from Xining in Qinghai province to Lhasa, the capital of Tibet, carried 10.76 million people and 56.06 million tonnes of cargo in 2012.

With new extension lines in place, the company estimates that its passenger and cargo loads will increase to 14 million and 90 tonnes in 2015.

The railway has led to a boom in tourism in Tibet.