Travelling in a train recently, I found myself staring at a Punjabi family with three kids sitting all around me. As expected, the woman mother of the children struck up a conversation with me and they all joined in.

They wanted to know everything about me: where I was headed to, where I was from, why I was traveling alone, which religion I belonged to, why I had such a strange name, et al. I answered their questions as best as I could, smiling tightly.

Then as the woman was asking me, “Beta raat ke khane me kya laye ho?” her eldest son, who I’d assumed was in 11th or 12th standard suddenly asked me the percentage of my 12th board exam. With some pride I answered 90 percent smiling, and to my horror he started laughing!

The smartass couldn’t stop guffawing as he asked me which horrible college I went to after that, and did I have to pay lots of under-the-table money (read Management Quota) to secure a seat? I stiffly replied my college was the best in the state and no, no ganda paisa. 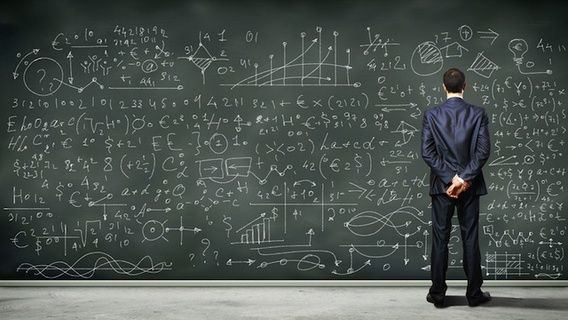 All of them were so amazed! They told me they were from Delhi and they couldn’t believe 90 percent was worth something decent! The eldest son had got 94 percent and he said he didn’t have any hope of getting into a college of his choice at Delhi University.

They decided Chhattisgarh was backward with a rusty education system because 90 percent was more than enough there to get you into a good college!

At that moment, it occurred to me how progressive Chhattisgarh was in this area. Yeah, there are a lot of areas in which it lacks, the education system here isn’t worth boasting about, but at least a student’s admission criteria are not all about his ability to score a perfect 100 or a near perfect score.

Yes, they ask for decent marks in the 12th boards, some ask for above 75-80 percent, but that’s it, right? Nope. I remember thinking maybe Delhi and Chhattisgarh aren’t that different. Delhi has its going-through-the-ceiling cut-offs for 12th boards, and Chhattisgarh had its love for great PET (Pre Engineering Test) and PMT (Pre Medical Test) scores.

Maybe every state has its special something kept for judging applicants they don’t even know about. Judging someone on the basis of the 2 weeks or so of their entire lives they spent giving exams seems so ridiculous to me.

What if someone had a bad day but is actually way better at everything than the 99 percent scorer you just allotted a seat to?

The mechanical process of admissions which Delhi University, or any other university, come to think of it, is going through is routine for them; a normal, usual day in their lives; but for the hundreds of hopeful and anxious applicants standing in never-ending queues in the scorching heat and relentless rains, with their whole lives documented into a mere twenty pages or so of mark sheets and forms, it is a day when their dreams come true or get shattered, it becomes a defining moment for the rest of their lives.

The anger, the outbursts from students on the point of nervous breakdowns is very much understandable. If I were in that situation, I’d be bawling my eyes out.

What about all the lessons and stories about great people we were taught about in school?

Getting 100 percent in a 12th board exam doesn’t make someone an Einstein, an Audrey Hepburn or a Steve Jobs, who by the way sucked at school and his teacher had to bribe him to study!

The suffocating formal way of schooling and the perfunctory admission processes to colleges, supposedly where we spend the best days of our lives, is going to cost India many bright minds and future leaders, stars, and writers, who didn’t or couldn’t get a perfect 100.

Fed up with all the extremities, they just packed up their bags and ran away to a more liberal and free-thinking country with a novel and fresh education system that doesn’t decide you are dumber than a donkey, just because you got 99.99.

And we wonder what’s the reasons are behind brain drain.

I know Delhi University is one of the oldest, most respected Universities in this country, but maybe it’s high time someone asked it to GROW UP.