Dehradun : Though incessant rains that have been lashing Uttarakhand since June in the aftermath of the Kedarnath tragedy and showing no signs of receding, the focus of the central government as also the state is now on the rehabilitation and reconstruction. The biggest bottleneck in this task is how best to ensure environmental safety and at the same time deliver the goods.

Though the IITs of Roorkee and Mumbai have chipped in to contribute the necessary expertise in rehabilitation and reconstruction works, experts feel that the June 16 tragedy has hit this small mountain state in its soft underbelly. Years of haphazard construction and rampant dynamiting of the fragile mountains have only added to the woes of the planners. 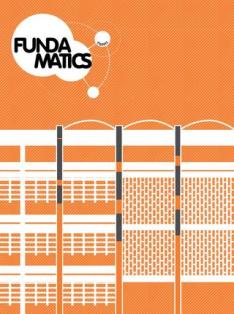 The latest list of identified danger zones to aggressive landslides as updated by the National Remote Sensing Centre has now gone up to 1604 as 268 new low and high hazard zones have been added after the June 16 holocaust. Besides, there are hundreds of villages that have also come under the highly sensitive list and need to be rehabilitated.

Experts at the Wadia Himalayan Geology Institute here feel that before the rehabilitation and reconstruction work is undertaken, there is need for mapping the landslide prone zones. The state government planners also feel that this exercise should be undertaken immediately so that necessary corrective measures can be adopted before any construction is undertaken in such areas.

Experts of IIT Roorkee and Mumbai feel that a prosperous and planned Uttarakhand can be re-established after the tragedy, but before starting there is a need for studying its geological and topographical conditions. Besides the aspirations and the causes that led to the June 16 tragedy have also to be taken into consideration, they observed.

Asserting that the two IITs have the necessary wherewithal to undertake the task, they said that houses and roads would have to be constructed in a manner to ensure that there is no repeat of the tragedy in the future. “We are just waiting for the nod from the Uttarakhand government to take upon the gigantic task”, they claimed.

Meanwhile the planners of the Uttarakhand government have also started preparing the road map for the restoration and rehabilitation of the devastated areas of the state, though the concentration is still is on connecting the villages that remain cut off even after one month of the tragedy. The rains have been the major reason for the slow progress in the relief and rehabilitation process.

However, as of now the focus of the planners is that while rehabilitating and reconstructing the state, special thought will be given to the environment, forests and wildlife and it will be anusred that the statement given by the chief minister that no construction will be allowed within 200 metres of the rivers and streams is implemented in letter and spirit.

It has also been decided that keeping in view the fact that this small mountain state is in a high active seismic zone, all houses, buildings and other constructions are made using appropriate technology should there be an earthquake of high magnitude on the Richter scale in the near future. And before any villages are rehabilitated the Geological Survey of India (GSI) will be asked to conduct necessary tests.

It has also been decided that the Central Building Research Institute (CBRI), Geological Survey of India (GSI), Remote Sensing and other allied establishments are kept in the loop during the entire planning and construction stage and the roads are constructed in a planned manner with due thought given to drainage of water due to rains and snow.

The planners were also of the view that the villages of the hilly areas of the state will be rehabilitated in the higher reaches only, for which the state government will make land available and the centre will also be asked for necessary permission where forest land is involved while the villages of the lower reaches will  be rehabilitated in the plains.

Special development will be done of areas which involve religious places that are visited by lakhs of pilgrims annually.

To avoid a repeat of the Kedarnath tragedy, as of now the state government is working on how to regulate the number of pilgrims to the important shrines of the state to ensure that there is no overcrowding and collection of large number of people at any one time.