Shimla: Lest religious tourism, a bane for the Uttarakhand tragedy, finds pilgrims trapped in foul weather, met officials have sounded out a warning of heavy to very heavy rain in the week ahead for those headed out to Shirikhand Mahadev peak in Satluj valley in Kullu district. 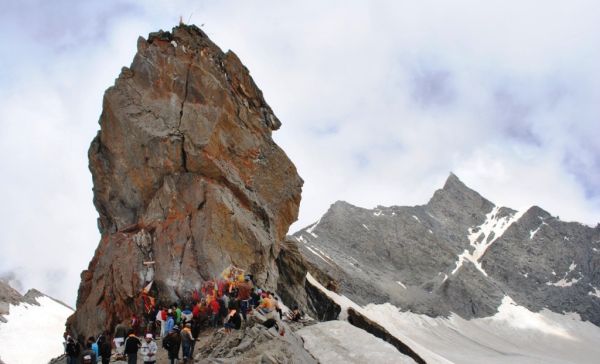 From Monday pilgrims headed for the mountain top rock pilgrimage site that is becoming popular each year, are expected to increase even though the activity is largely unregulated as no physical fitness parameters are laid out for those venturing out on the trek during rainy season.

President of a voluntary group Shrikhand Seva Mandal, Govind Sharma says, “the number of pilgrims expected to trek to the over 17,000 feet high Shrikhand Mahadev site is expected to be more than last year.” 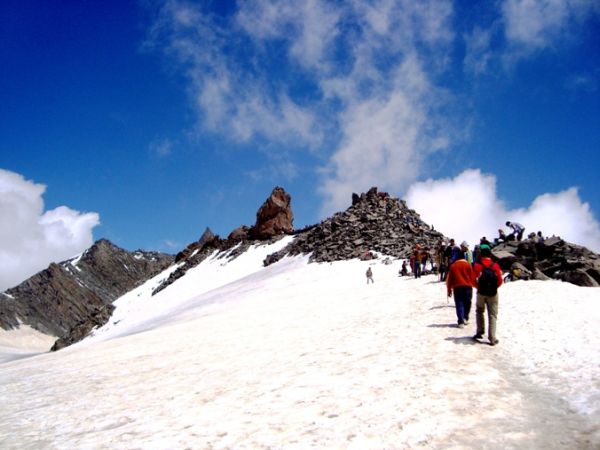 He claimed that a total of 18,765 pilgrims did visit the site – famed for its 72 feet tall natural rock Shiv lingam, last year.

Much of the rush is normally in the first ten days of Shravan, (starting from 15th July) but pilgrims keeping moving up and down the 35 Km long one way trek route for the entire month.

Pilgrims head to the Brahmin village of Nirmand near Rampur in Satluj valley to start the ridge top site.The journey normally takes four to five days.

The district administration has requisitioned services of more doctors to deployed on the route to meet emergency needs for those who encounter physical distress in high altitudes.

“Besides setting up two medical camps on the route, oxygen cylinders, stretchers, emergency lights and police rescue teams have been deployed enroute,” said an administration official.

Counted as one of the five Kailash Mountains across the Himalayan chain, Shrikhand as a pilgrim site for Lord Shiva devotees has been gaining much popularity over the last decade.

The rock Shiv Lingam that even has cracks on it, is said to be naturally shaped in such a manner that no snow accumulates on it, even though there is over 30 feet of snow in the surroundings. 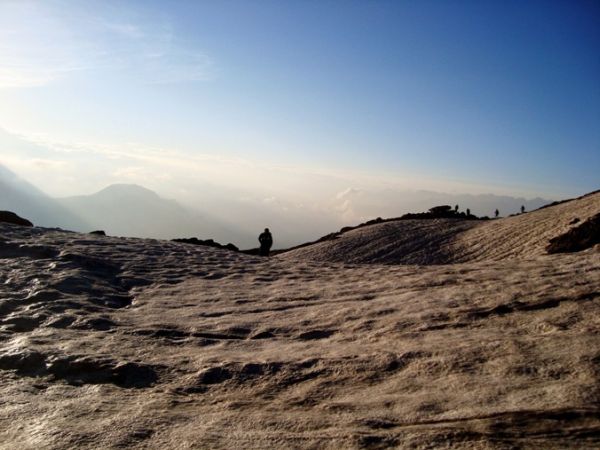