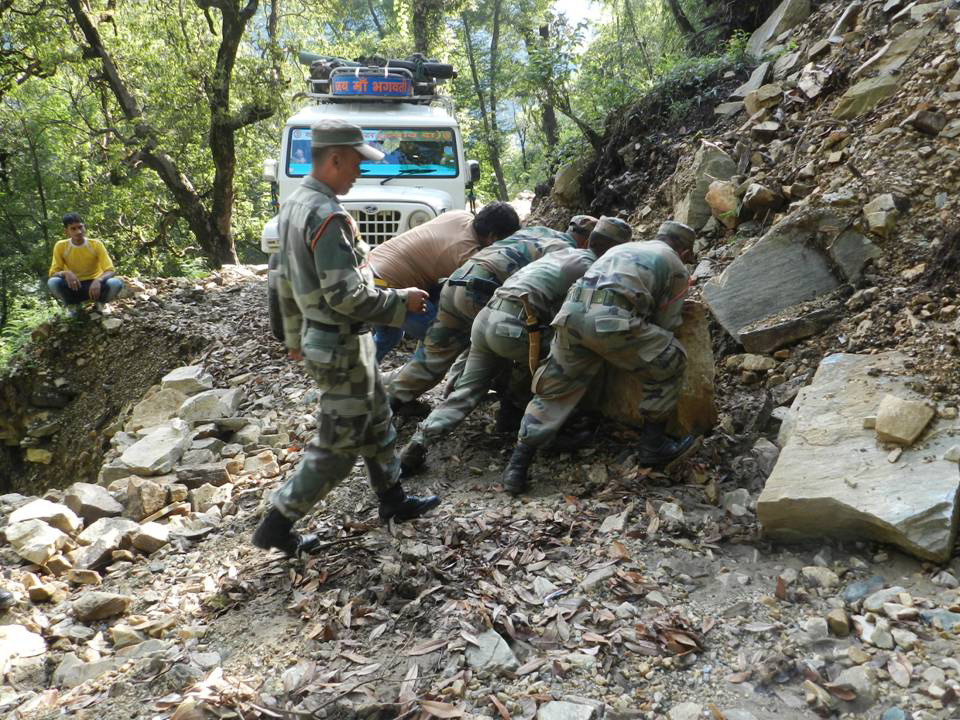 Dehra Dun : With the char dham yatra contributing almost 40 per cent to the Uttarakhand GDP, will the state government be able to bear loss that will be caused if the yatra is put off for three to four years, which seems to be on the cards, after the gruesome tragedy that has hit this small mountain state.

Chief minister Vijay Bahuguna has admitted that the state infrastructure has been very badly hit by the tragedy and could take a couple of years for the restoration works to be complete. Though the Border Roads Organisation (BRO) will be undertaking repairs and construction of most of the roads in the upper reaches of the state, the lower stretches will be undertaken by the state PWD.

Though official information on the stretches of roads that have been washed out or made unfit for use because of the cracks that have appeared on the mountain faces, is yet to be compiled and reach the state headquarters, but prima facie the fact is that the roads have taken a severe beating and in many areas stretches from 400 metres to more than a kilometer have been washed away.

Under these conditions it is very doubtful that the work on the roads will be completed to make them fit for the yatra within two years. Though work will have to be dome on them on a break neck speed, to bring connectivity to the hundreds of villages that have been cut off so that ration and other vital supplies can be sent to the villages, but will they be fit enough to take hundreds of heavy vehicles loaded with pilgrims is anybody’s guess.

Then there is the fear psychosis that will be at work. The tragedy has hit lakhs of people psychologically. Not only the over lakh of pilgrim that were caught on their tracks when the tragedy hit, but their relatives and the many more who have been following the news over the past fortnight will think twice before embarking upon the yatra once again.

There is no denying the fact that the Uttarakhand governments, eversince this small mountain state came into existence, has done precious little to improve the amenities and facilities that are provided during the yatra. Pilgrims have to stay in make-shift places huddled like sardine in a can, and should tragedy strike there is no streamlined relief and rescue operation in place.

While taking the other yatras into place like the Amarnath yatra, Kailash Mansarovar yatra or even the Vaishno Devi yatra there is neither any system nor any official apparatus in place anywhere. No registration of the yatrris takes place, so one does not even know how many people are on the yatra. This is perhaps why the number of people who died in the macabre tragedy that struck will never be known, because no one knows how many pilgrims were in the yatra.

Than the state government has made no efforts to ensure that there is some apparatus for providing information and relief should a tragedy strike. There was not even a single satellite phone at either Badrinath or Kedarnath which could have conveyed the info ration of the tragedy or which pilgrims could have used to send information to their relatives after the tragedy.

Thousands of people are totally dependant upon the yatra for their livelihoods. Right from the mule runners on the Kedarnath, Yamnotri and Gangotri routes, to the porters, the guides, pandas and pundits and not to mention the numerous dhabas, guest houses, hotels aned even the small tea shops that lined the yatra routes will be crying for customers. In fact there is not going to be a customer for them for the next two to three years. Where will these thousands of people who ran these small enterprises go for a living, is the problem before the Uttarakhand government.