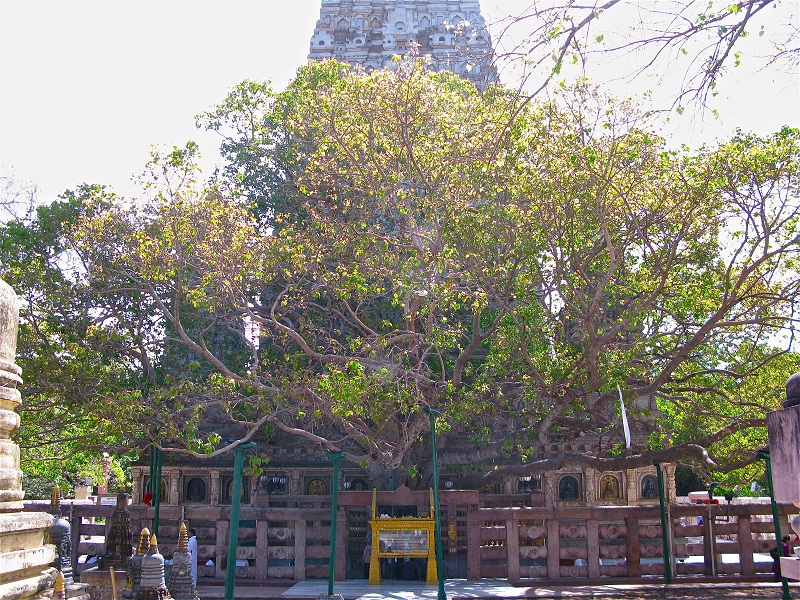 Dehra Dun : A team of the Forest Research Institute (FRI) here will be reaching Bodh Gaya to carry out inspection of Mahabodhi tree there and schek if the recent blasts at the temple complex, one of which was very near the tree, had harmed the tree in any manner.

A senior official of the FRI said that the Institute is responsible for the technical surveillance and survival of the tree till 2015, and the Institute had been in touch with the secretary of the Mahabodhi Temple Management Trust, N Dorji, to know first hand of any direct repercussion of the blast on the tree.

He said that though they had been told that the tree apparently looks safe, but there is infor mation that one of the blasts was very near the tree and as such we will be sending a team to look at the damage that may have been caused by the blast, which can of different nature depending upon the proximity of the explosive to the tree and its contents.

He said that the Trust had been advised that the cement complex around the tree was damaging its roots, besides the iron grill that had been placed across the bark of the tree. Apart from these the candles, lamps and incense sticks that are burnt in large numbers under the tree and the cloth flags were also suffocating it, he pointed out.

It was also brought to their notice that there was too much of irrigated space around the tree which was being given too much water, which was raising the moisture content around the tree that was damaging it and the high intensity lights and reflectors that went with them were also a cause for the ill health of the tree, he claimed.

The official said that as part of the understanding that the FRI had with the Trust, a team normally visited the temple complex every year and undertook a study of the tree to ensure that it remained in good health and the negative factors that had been pointed out were being kept away, adding that depending upon the intensity and proximity of the blast to the tree, it could have harmful effects on its physiology.

It may be mentioned here that the Mahabodhi tree is revered world wide as it was here under this very tree that Lord Buddha attained enlightenment. The temple and the tree are popular amongst visitors from the Buddhist countries across the world who come here in large numbers.