Chandigarh: Punjab Chief Minister Parkash Singh Badal termed the food security ordinance brought by the UPA government as a “copy” of the “Atta-Dal” scheme introduced by his government in Punjab in 2007. 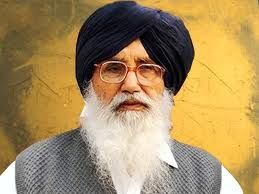 Badal told media persons at Alamgir in Ludhiana district that the “hasty move” of bringing the ordinance by the Congress-led United Progressive Alliance (UPA) government “was aimed at distracting the attention of the countrymen from the various scams and scandals”.

“The ordinance is a cover-up exercise of corrupt and inefficient UPA government,” he said.

He said Punjab was not opposed to food security, but “the timing of the ordinance indicated that the UPA government was trying to cash it into votes in the ensuing general elections”.

Badal said that besides food, people in the country were also facing a number of other problems but the UPA government had turned a blind eye towards it by adopting a pro-rich and anti-poor stance.

He said that the Akali Dal-Bharatiya Janata Party government was the first one to ensure food security to its residents by starting the Atta-Dal scheme in 2007.