Manali: The nightmare of sudden outburst of clouds in Uttarakhand resulting in massive destruction that has taken thousands of human lives only exemplifies the gross environmental geo- disturbances having been allowed in the Himalayan belt.

No less harm has been caused in the Kullu – Manali valley for depletion of natural resources is the alarming. Ecological problems in the mountains stem from the population increase; be it due to domestic or commercial imbalances of vegetational dynamics or due to geo- disturbances accelerated by development activities. 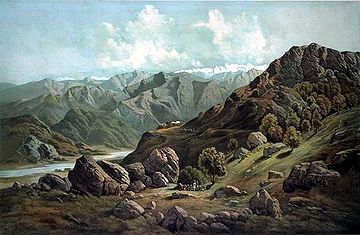 The buffer zone, marked for domestic needs between cultivated lands and natural forests, have been badly degraded and people are now frequently trespassing the reserve forests. We need two- third of green cover in mountains as per our National Forest Policy of 1988.

According to experts, extraction of fuel wood from forests is an age old practice. At the going pace we are not only miles away from the sustainable forest management but heading for biological erosion.

Vikramjeet Singh, an environmentalist while speaking to Hill Post said, “the manner in which the trade of herbal collection has increased and been permitted in recent years,  it is becoming very serious in environmental degradation. Drug plants are collected in an unscientific manner and forests floors are being swept by unscrupulous agencies under the nose of the state forest department.” 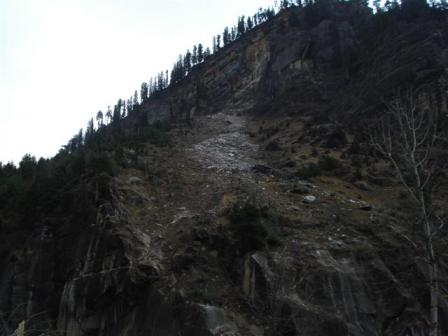 Lal Singh, a senior citizen who is a horticulturist in Manali, let Hill Post know that uncontrolled grazing, forest fires and encroachments after illicit felling of trees in forest areas are some of the other factors responsible for the depletion of the forest cover.

He added that rapid expansion of apple cultivation in valley is cited as factor which has led to massive deforestation. He revealed that an increase in population would naturally lead to rapid urbanization, instability, deforestation, soil erosion and pollution of water and air.   Mining was another traditional factor that was eroding hill slopes. It also destroys leaf mould- a valuable organic fertilizer, besides causing pollution in streams and reduces agricultural production.

Nikhil Ummatt, an ecosystem expert, said that time and again the issue of putting up of hydro projects in mountainous regions has been debated. Instead, revenue is the pre- requisite for any administrative unit but from the ecological point of view the fragile mountains ecosystem has been disturbed and manmade calamities like the recent one in Uttarakhand is the direct outcome of misplace priorities about development in the mountains.