New Delhi: The Delhi High Court asked social networking site Facebook to upload a disclaimer on its home page that children below the age of 13 years cannot open an account on it. 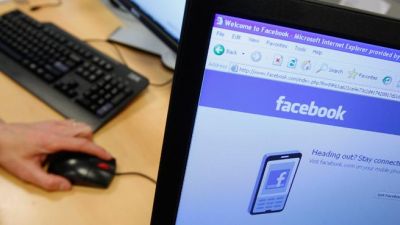 A division bench of Acting Chief Justice B.D. Ahmed and Justice Vibhu Bakhru asked Facebook to not allow children under 13 years from opening an account.

Senior advocate Parag Tripathi appearing for Facebook assured the court that the site “will upload the disclaimer on its home page that children 13 years can not open the account”.

“You (Facebook) can write on the home page in bold letters that children below 13 are not allowed. There is no harm in doing this…,” the court said.

The court also asked the central government to tell it as to what law it had for the online protection of children from being abused throught the social networking sites.

The judges also asked the government to inform them on provisions in the law related to a minor using a social networking site.

“In India what is the law for a minor to use Facebook? Is it 13, 16, 18 or no law? What is the requirement under Indian law for Facebook?,” the court asked from the central government’s counsel who in turn told it that in US the age to use social networking sites is 13 years.

“You don’t have a law for protection of minor on social networking sites? You are behind the time…the world has gone much ahead,” the court said.

The court was hearing a plea that said minors were allowed to open an account with social networking sites, including Facebook, which was illegal as Indian laws don’t permit it.

Appearing for Govindacharya, lawyer Veerag Gupta told the court that the recent incident in Gurgaon where a police found children involved in a sex and smoke party was the latest outcome of the non-compliance of guidelines by Facebook.

He added that hundreds of minor children gathered through Facebook for the party.

He said that Facebook and Google did not even have any email account to lodge complaint about minors misusing social networking sites.

“The condition forbids users from providing any false information on Facebook, creating an account for anyone other than him/herself without permission, or creating more than one personal account,” the reply added.

It added that Google had already put in place a plethora of steps on the issue of safe usage of internet.