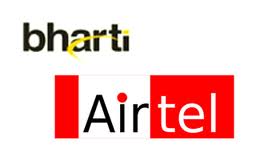 New Delhi: Telecom service provider Bharti Airtel today expressed shock and disappointment at receiving a demand notice of Rs.650 crore from the Department of Telecom (DoT) pertaining to its subscriber local dialing (SLD) service between 2002 and 2005.

“Bharti Airtel believes that the demand for penalty of Rs. 650 crore is devoid of any merit and has no justification both on facts and in law,” the company in a statement.

“We are disappointed that the DoT – which has the bounden duty to act rationally, has thought it fit to issue such a baseless penalty order, leaving us with no choice but to litigate. We wish the DoT was mindful of the damage such meritless demands have on investor sentiment and the frustration such actions cause to the companies engaged in vital infrastructure.”

The company further said: “We urge the DoT to set out a cogent policy on imposition of penalties so that the telecom companies can operate in a rational and transparent environment.”