Dehradun: A month after a cloudburst and flash floods unleashed death and destruction, Uttarakhand is still counting its losses, both physical and financial.

While the government has decided to declare the 5,748 people missing as ‘presumed dead’, inclement weather and a near paralyzed administration are making the path of recovery, relief and rehabilitation more difficult. 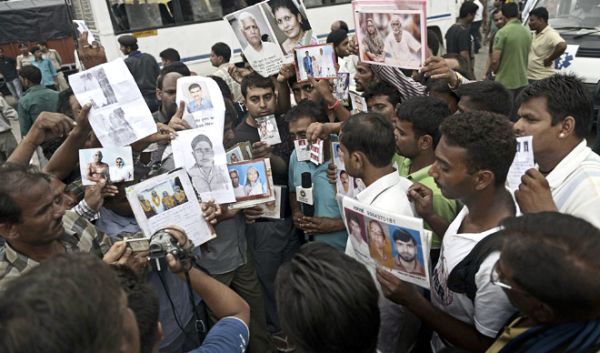 After telling the Supreme Court that Kedarnath is now a “ghost town”, the government has begun disbursing compensation to those killed or “missing beyond hopes of coming back”, said an official.

So far, the number missing from Uttarakhand is 924 and from other states 4,824. These include the elderly, women, children and young men.

The head of the missing cell, Ajay Kumar Pradyot, said an affidavit form had been drafted for the next of kin of the missing. Once they fill it up, they will get compensation.

If a person deemed missing is located, the money will have to be returned.

Officials said several bodies are still buried under the slush and rubble in the worst-hit Kedarnath valley and in other places.

Officials conceded to that while communication lines had been restored in most areas barring Kedarnath, hundreds of villages remain cut off and far from the reach of government relief.

“We are trying our best to get things back to normalcy. But the sheer magnitude of the devastation has taken us several years back. It will take time to stabilize our efforts,” said a senior official.

The biggest challenges are repair and relaying of thousands of kilometres of mountain roads ripped off in rains, rehauling the infrastructure and normalizing the tourism sector.

In many places in Pithoragarh, Rudraprayag, Chamoli and Uttarkashi, small roads and footpaths are being rebuilt. Mule tracks being restored to enable ration and other supplies to reach.

The National Institute of Mountaineering is trying to find out walking tracks in the rain-ravaged region.

Hundreds of schools which have several feet of sludge accumulated in the buildings have for now deferred reopening after the summer vacation and trying hard to rebuild and repair the structures.

After an initial war of words between political parties over the alleged failure to heed to warnings of heavy rains and failure to rescue people to safety, an all-party meeting has agreed to expedite relief work.

“The government is making all efforts to ensure that people in need are attended to and life returns to normalcy as soon as possible,” says Chief Minister Vijay Bahuguna.

Officials are faced with a multitude of other problems.

This include outbreak of water-borne diseases in some areas and the resistance by some in Badrinath, Gangotri and Yamunotri who have refused to leave until the ‘kapaat’ (doors) of shrines close.

But that will only happen in November.

Hundreds of trucks with relief material are yet to be attended to. The state government has expressed its inability to receive them and send them to the hills.

The government has announced a new development policy which restricts buildings on the river banks and calls for a close monitoring of reckless construction in the hill state.

Timely settling of insurance claims – now to the tune of a whopping Rs. 3,000 crore – is another huge task.

The tourism sector, the lifeline of the Uttarakhand economy, is in tatters.

Industry leaders say it would take one to two years to bring it back on rails. Central Tourism Minister K. Chiranjeevi has announced a Rs.100 crore relief package for the sector.

But with confidence of the pilgrims from across the country shaken and the infrastructure of the Char Dham Yatra in shambles, it will take a long time for the situation to stabilize.