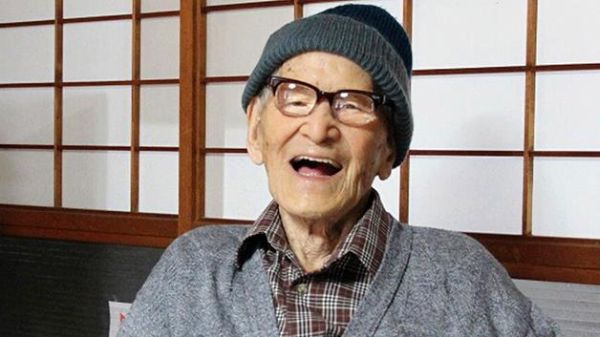 Jiroemon Kimura, who was born in 1897, died of natural causes at the municipal hospital in his hometown, Kyotango City, at 2:08 a.m. local time on today. He was suffering from pneumonia and was hospitalized since May, a spokesperson said.

Kyotango City Mayor Yasushi Nakamura said in a statement that Kimura has been and “will be” the treasure of the city, expressing deep sorrow over his death.

Kimura was first recognized by Guinness World Records as the world’s oldest living person on Dec 17, 2012, and more than a week later became the oldest man ever verified to have lived by reaching the age of 115 years and 253 days. Kimura celebrated his 116th birthday in April.