Washington: The US government has said it will substantially reduce the use of chimpanzees in biomedical research and send into retirement most of the 360 chimpanzees it currently owns or supports. 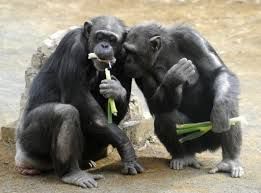 The National Institutes of Health (NIH) said yesterday it accepted most of the recommendations made by an independent advisory council for the use of chimpanzees in NIH-funded research, Xinhua reported.

It will retain but not breed about 50 chimpanzees for future bio-medical research, the NIH said, adding that the rest 310 chimpanzees designated for retirement could eventually join more than 150 others already in sanctuaries.

Francis Collins, director of the NIH, said that he believed greatly reducing the use of chimpanzees in biomedical research is “scientifically sound and the right thing to do”.

“New scientific methods and technologies have rendered their use in research largely unnecessary,” Collins said in a statement. “Their likeness to humans has made them uniquely valuable for certain types of research, but also demands greater justification for their use.”

Earlier this month, the US Fish and Wildlife Service announced a proposal to classify both wild and captive chimpanzees as endangered.