Shimla: Three pilgrims, including two women, were killed and 29 others injured in Himachal Pradesh today when their overloaded vehicle skidded off the road and fell into a 150-metre-deep gorge, police said. 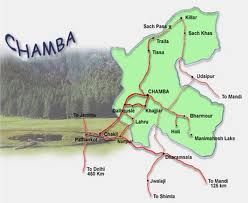 The accident occurred at Tirmath near Bholag village in Chuwari subdivision of Chamba district, some 450 km from state capital Shimla.

The ill-fated commercial vehicle was on its way from Bharadi to Bholag. The people belonging to three-four villages were going to attend a religious function at Bholag, Superintendent of Police B.M. Sharma told reporters in Chamba.

“Prima facie overloading was the cause of accident,” he said.

The injured have been admitted to civil hospitals in Chamba and Dalhousie towns.

Chamba is one of remotest places in the state and scarcity and low frequency of passenger buses in the district leads to overcrowding of other vehicles used for commuting.