Manali: All the three accused in the gang-rape of a 30-year-old US national in this Himachal Pradesh tourist resort, who were arrested early today, were Nepali nationals, police said. 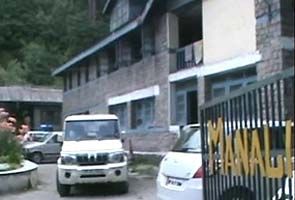 He said that although they were Nepali nationals, they had been living in the state for a long time.

“Two of them were arrested from Patlikuhl (20 km before Manali) and one from Mandi town,” Dhawan added.

The victim, who reached this tourist resort along with three other women just a day before the crime, alleged that she was early Tuesday repeatedly raped by three men, who offered her a lift late in the night when she could not find a taxi.

Police said the men drove the woman to a secluded spot where they raped and robbed her.

Meanwhile, a team of forensic experts collected samples from the scene which were sent for examination.

The police yesterday seized the vehicle used in the crime.

This incident brought back memories of 2009, when an 18-year-old British volunteer teacher was raped by two cab drivers in Palampur town of Kangra district.