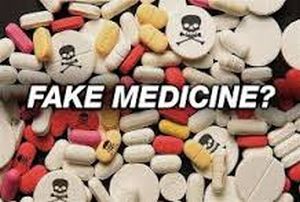 Carrying banners and placards saying “Fake drugs kill!”, children from schools marched through the city centre Lal Chowk and other markets in the state’s summer capital.

“We have carried out many protests and marches against fake drugs. But today’s protest is expected to shake the conscience of the society,” said Saleem Ibn Sultan, who organised the children’s protest.

“Sub-standard and fake drugs are being supplied at government-run hospitals in Srinagar and Jammu. This should not go unpardoned,” he said.

Two months ago, the media reported that life-saving antibiotics being sold to patients at some government hospitals were fake.

The drugs had been purchased by a committee of experts appointed by the government in 2010. Two ministers of the Congress in the Omar Abdullah-led coalition blamed each other for the scam.