Shimla: The Queen of the Hills, as Shimla was fondly called by the British, has been shortlisted for a global project to lower greenhouse gas emissions on the pattern of European cities, a municipal official said here today. 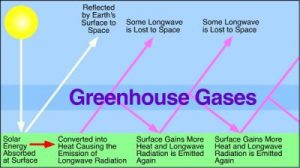 He said the project, is to be executed by ICLEI (International Council for Local Environmental Initiatives) South Asia, with support from the European Commission, in collaboration with UN-Habitat.

A communication from ICLEI said the project aims to support the promotion of low emission urban development in developing economies.

Besides India, the project is also being implemented in Brazil, Indonesia and South Africa.

Bharti said the civic body would enter into a memorandum of understanding with ICLEI once it got approval from the corporation’s elected members.

ICLEI would play a role in capacity building of the corporation officials to improve urban planning, mobility, energy, water and solid waste management, leading to sustainable patterns for urban development, he added.

Shimla was planned by the British colonial government in the late nineteenth century for a maximum population of 16,000. Currently, it supports over 200,000 people.