New Delhi: The Supreme Court today inquired about the capability of the National Highway Authority of India (NHAI) to lay national highways and if it had ever built a highway on schedule. 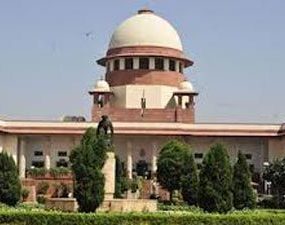 “Have you built any highway anywhere in the country on schedule,” asked an apex court bench of Justice Gyan Sudha Misra and Justice Madan B. Lokur.

The court’s stinging observation about NHAI’s ability to lay national highways came in the course of the hearing of a petition by road construction company Soma Isolux NH One Tollway Pvt Ltd.

Earlier, the Punjab and Haryana High Court had directed the company to hand over the construction of a 300 km long national highway to NHAI for completing the project, which was behind the schedule by one-and-a-half years.

Soma Isolux told the court that it had completed more than 70 percent of the highway that goes up to Jallandhar and that only a 40 km stretch remained.

Soma Isolux has been given the project on a build-operate-transfer basis.

Senior counsel Abhshek Manu Singhvi, who appeared for Soma Isolux, told the court that the remaining part of the highway was incomplete because of the withdrawal of permission to shift the toll plaza and non-availability of the material.

He told the court that because it was unable to shift the toll plaza, it was finding difficulties with its financers.

Taking the NHAI submission with a pinch of salt, the court said: “We can’t allow an order be given an effect which amounts putting it from fire to frying pan.”

Taking a dig at NHAI, the court said: “If you are so capable, then why did you give it (laying of the highway) to them.”

The court adjourned the matter till Monday.