Mumbai: The Indian rupee registered its biggest fall in almost two years today and slumped to below 58 against a dollar for the first time, on escalating worries over current account deficit and firming of the US currency globally. 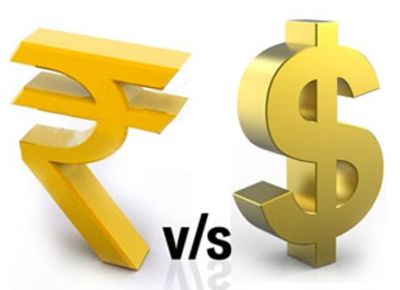 The partially convertible rupee tumbled by almost 1 rupee and hit the record low of 58.051 against a dollar in intra-day trade at currency market in Mumbai. The Indian currency had weakened by 22 paise to 57.06 against the dollar Friday.

Worries over widening current account deficit and firming of the dollar against major global currencies, including the Euro and the Japanese Yen, have put pressure on the Indian rupee.

Rajan expressed the hope that the weakness in the Indian currency would be a temporary phenomenon.

“This could be temporary phenomenon. But again, let me reiterate, government is not supportive of weakening of rupee and we would like more stability,” he said.

India’s current account deficit hit a record high of 6.7 percent of gross domestic product (GDP) in the October-December quarter of 2012-13. A weak rupee will make it difficult for the government to finance such high deficit.

Talking to reporters in the national capital, Economic Affairs Secretary Arvind Mayaram said the panic in the market was “unwarranted”.

“I think this will settle down in a while. We should not worry but we are watching the situation closely,” Mayaram said.