Shimla: The airlifting of stranded tourists resumed Saturday from the landslide-hit parts of Himachal Pradesh but was soon suspended owing to snags in the Indian Air Force helicopters and the state’s chopper being deployed on election work, an official said here.

The government and the IAF helicopters so far evacuated over 820 tourists, mainly the sick, the old and women, in the past five days.

“Two choppers of IAF and one of the state government have been deployed in rescue operation. But both IAF choppers could not ply today (Saturday) owing to some snag. So the state chopper airlifted nearly 50 people,” a government official, who is monitoring relief and rescue operation of rain-ravaged Kinnaur district, told IANS.

The state chopper was deployed for half a day for rescue operations and then for airlifting election material and men for the Mandi parliamentary by-poll Sunday.

Official figures indicate around 200 tourists are still stranded in Sangla, Pooh, Kaza, Nako and Rekong Peo, the district headquarters, but members of the local hospitality industry are saying the figure could cross 500. A majority of them are between Sangla and Chitkul, the last motorable village close to China border.

Samuel Banerjee, a hotelier in Sangla village, some 275 km from state capital, told IANS over phone that 30 tourists from Kolkata have been desperately awaiting their evacuation from the area since Sunday.

“We have been making frantic calls to all government officials but nobody is coming to rescue us. There is no electricity and water in the area. Even the rations in the village are going out of stock,” said tourist Amit Chatterjee, who is staying in the hotel with his family.

He said there is no government functionary to advise them about when they will be evacuated. 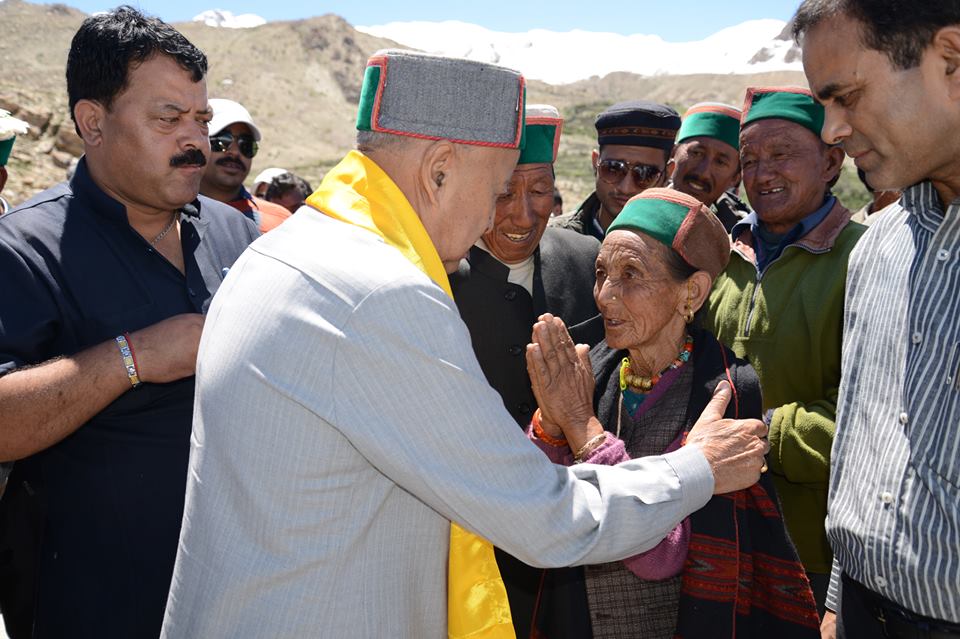 After spending the entire day, the chief minister, who was also stranded in Sangla in Kinnaur for over 60 hours and airlifted Tuesday, directed the district administration to reopen all the roads in the district within a fortnight.

Fourteen people are reported to have been killed in the state in landslides triggered by torrential rains that began last weekend. Of these, 10 died in Kinnaur, while two each in Shimla and Sirmaur districts.