Dehradun: The tragedy that has hit Uttarakhand is perhaps the biggest in recent memory. The number of dead has been officially put at 40, while hundreds remain in the missing list. But the truth is that with information yet to percolate to the state headquarters from the far flung interiors, which remain cut off even now, what is being doled out to the media is best at “guesstimates”.

To gauge the extent of the tragedy that has been more or less more severe in the Garhwal division of this small mountain state, one has to understand the fact that the ‘chaar dham’ yatra was at its peak with over one lakh pilgrims either going to or returning from the four major shrines of the state, that is Badrinath, Kedarnath, Gangotri and Yamnotri.

Added to this huge number there were tourists, including foreigners, visiting the higher reaches of the state. The number of pilgrims actually on the roads when the disaster struck, or for that matter the number of tourists who were visiting the higher reaches or were out on trekking expeditions is not known, but it can safely be said that they were well over a lakh.

With God’s grace perhaps the fury of the rivers was more pronounced in the immediate townships that are along the river banks, and there are quite a few of them, but most of the pilgrims or tourists were on the roads. They have been inconvenienced as large tracts of some of the roads have actually been washed away and landslides and landslips have blocked traffic on over 400 of them.

The grim reality is that rescue and relief teams have not even been able to reach some of the areas where the tourists have been stranded. Most of the stranded people have to be and are being rescued by shoppers, which too are having a trying time because of the prevailing weather conditions.

Some of the teams that lefty yesterday for the worst affected areas could not be in touch with the state or district headquarters. In quite a few cases it was not even known whether the teams had reached the people who had been struck at these isolated places and what was their condition. Could they manage to provide much needed relief to the hit, remain to be answered. 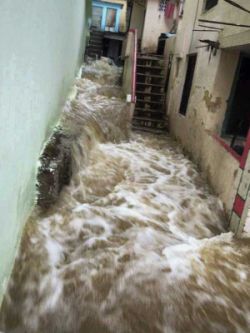 Even as army, ITBP and NDRF teams are doing their best in the difficult circumstances to reach out to the thousands of stranded people who are at their its end, one can only be thankful that the weather gods have been kind and though it is heavily overcast, and there have been showers at some places, the downpour has not been torrential and incessant.

While the Prime Minister has expressed concern to Uttarakhand chief minister Vijay Bahuguna and assured him all possible help at this grim hour, it will take days to assess the damage that the torrential rains have caused in Uttarakhand. A large number of houses, shops, hotels and bridges have fallen to the swirling waters while large irrigated tracts of land have been washed away.

The discerning factor is that there are reports that some of the pilgrims who were on their way to the four shrines, have decided to return after the tragedy without having a ‘darshan’. This is going to be a setback for the char dhaam yatra in the years to come unless the state government wakes up to the reality of the situation and ensures that necessary steps are taken and shelters made at various places, while all constructions along the banks of the rivers, specially their beds are banned forthwith.

Meanwhile even as chief minister Vijay Bahuguna has officially stated that the situation remains very grim, the control room said that they had yet to establish contact with Rambara, a splace seven kms ahead of Gauri Kund on the Kedarnath foot path, adding that even a government hospital had been washed away in the torrential rains at Ghajtauli at Badrinath. After that their voices just choked, so grim is the scenario. 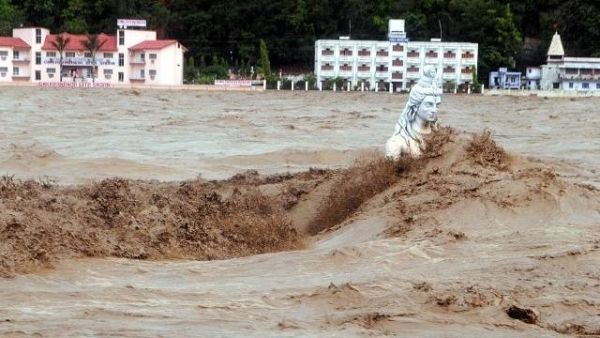