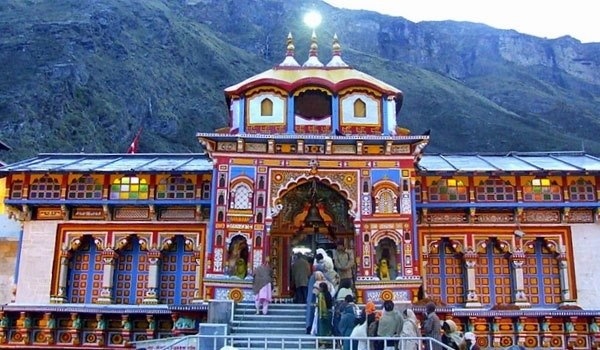 Dehradun : Uttarakhand governor Dr Aziz Qureshi had expressed his reservations on the arrangements of the ‘char dhaam’ yatra even before it had started.

The onset of the monsoons, which has been over a fortnight earlier this time, has only confirmed this as the pilgrims to the four major shrines of Badrinath, Kedarnath, Yamnotri and Gangotri, in this small mountain state are stranded at various places and at their wits end.

The heavy downpours that started yesterday morning and have continued onto today have shown that the showers have over the years been outing a spanner on the yatra as landslides and landslips on the route block the roads, and there are even reports that tracts of the road are washed down.

News Update: The government has announced suspension of the Char Dhaam Yatra after heavy rains have disrupted traffic and normal life on the route. A high alert has been sounded in Haridwar and along the Ganga River that is in spate.

The fact remains that precious little has been done to strengthen the landslide prone areas on the routes, despite every year there is the same story.

Reports reaching the state headquarters here said that traffic on the various routes was forced to come to a halt as huge landslides blocked the highways. Long queues of cars and buses were forced to wait for long hours without food or water and only wait for the roads to be cleared before they could resume their journey.

What is all the more appalling is the fact that despite the landslide prone zones being earmarked, the governments over the years have done precious little set up facilities for the tranded pilgrims at these points and also make arrangements so that the small children accompanying their families can be given food and water.

But with the mass destruction of green cover in the hills of the Uttarakhand, the landslide and dangerous zones is increasing. The Himalayas are a young mountain and known for their fragile ecology, but their fragility is being increased manifold as the green cover in the hills is being denuded and haphazard development projects are set without taking the fragile ecology of the area into consideration.

The gravity of the situation arising out of the large scale denuding of the forests can be gauged from the fact that the number of villages that have to be relocated has risen from 233 in 2010 to 450 in 2013. The large scale erosion in these villages because of which their agricultural fields are being swept away and many of the houses on the verge of falling down is the reason for the need of their being relocated.