Chandigarh: Police in Punjab’s Ludhiana today booked Punjabi singer Nachhatar Gill following a complaint by an aspiring model that he and his accomplices had raped her on the pretext of casting her in music videos and films. 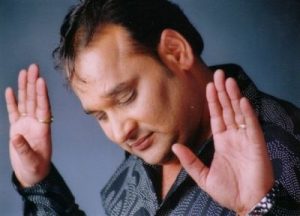 The case against Gill and his three accomplices has been registered by police following a nearly four-month-long enquiry into the victim’s complaint. They have been booked on charges of rape, cheating and intimidation (under Indian Penal Code) and various sections of the Information Technology (IT) Act. No arrests have been made so far.

The victim, who complained to police in February this year, alleged that Gill and others had physical relations with her, promising to launch her in films and music videos.

She alleged that Gill exploited her and even took objectionable photographs of her and blackmailed her.

The victim said that she had come in contact with Gill during a beauty show in Jalandhar in 2006 where she was a runner-up in the contest.

She said that Gill and other exploited her but never launched her in films and music videos.