Bajwa termed Dang as one of those rare leaders of the last generation who fought against communal terrorism along with secular parties in the last two decades of the twentieth century. 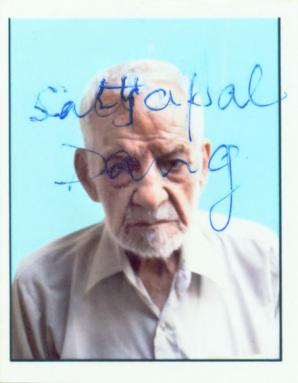 In his death Punjab has lost a staunch supporter of secular forces and a committed soldier against the communal forces said Bajwa.

Dang (86), yesterday died after a brief illness in Amirtsar.

Satyapal and his wife Vimla Dang spearheaded the fight against terrorism and secessionism in trhe 1980s during the Khalistan movement in Punjab. Vimla Dang died about 5 years ago.

Dang was also in the forefront of the student movement during the British rule and was general secretary of All India Students Federation in 1945.

Dang was elected to Punjab assembly from Amritsar on four occasions and was even the food minister of the state in 1967.