Chandigarh: Polling for the election of Councillors of seven municipal corporations and two municipal committees in Haryana will take place tomorrow, an election official said. 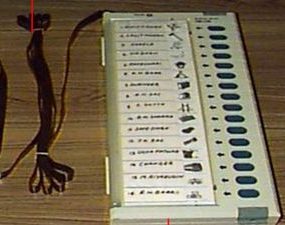 “In all, 1,686 candidates are contesting elections for 144 wards of seven corporations. There are about 17.08 lakh voters in these corporations. For conducting elections, 1,686 polling stations have been set up. About 9,000 officials would be deployed to conduct these elections,” he said.

Vir said that elaborate arrangements for the conduct of free and fair elections and to maintain the law and order have been made.

“There would be heavy deployment of police force to maintain law and order at the polling stations and sensitive areas,” he added.