On the final day of his two-day visit to the state, the prime minister opened nearly 11-km-long tunnel to link the towns of Bannihal and Qazigund in the two regions. 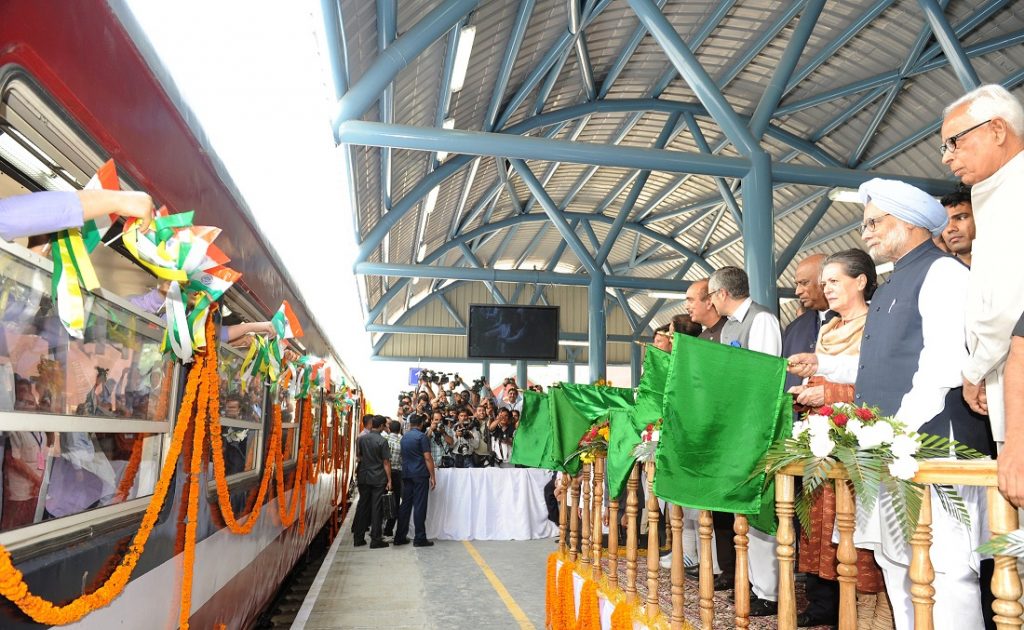 The rail connectivity will cut the present surface distance between the two towns by 18 km.

The prime minister boarded the train which carried children on its first run through the Pir Panjal mountain range tunnel, the longest rail tunnel in the country and the second longest in Asia.

He shook hands with the children on board and sat with them as the train wound its way through the tunnel.

Manmohan Singh then went back to Bannihal on the same train to address a public meeting in the town.