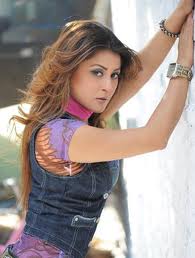 Islamabad: Pakistani actress Laila was arrested today in connection with a film producer’s complaint against her over a dishonoured cheque.

She was arrested from a hotel in Punjab province’s Multan city.

Producer Sheikh Naeem lodged a complaint with the police, saying that Laila gave him a Rs.220,000 cheque (about $2,230), which was dishonoured, Geo News reported. It stated that the actress had borrowed the money from Sheikh.

Police conducted a raid at a local hotel and arrested Laila and said she would be presented before a local court.

Talking to media, Laila said she would avenge the humiliation caused by the arrest.

The actress said she had settled the issue with the producer but he got her arrested when she came to perform in Multan.