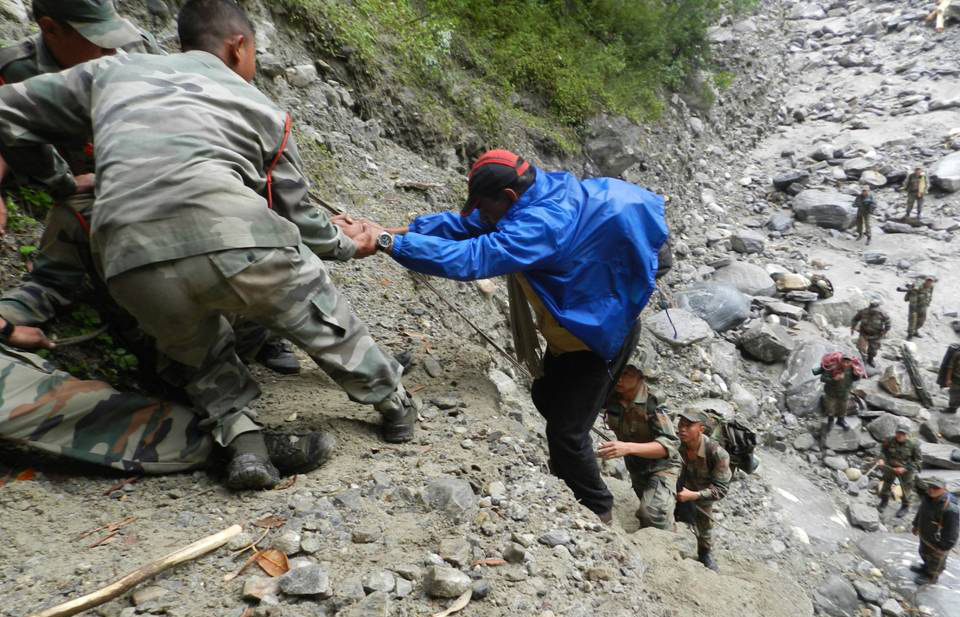 New Delhi, June 27 (IANS) Around 1,800 people are still stranded in Uttarakhand but would be evacuated by Friday, the National Disaster Management Authority (NDMA) said Thursday. It put the toll in the floods in the hill state at 560 while another 344 people were missing.

“Approximately 1,829 are still stranded all over Uttarakhand and we are hopeful that the rescue operation would be over by Friday,” said NDMA vice chairman M. Shashidhar Reddy here.

According to NDMA, a total of 104,095 people have been evacuated from the state till Thursday.

Reddy also said that several roads, closed due to the rescue operations, have now been opened. The roads from Uttarkashi to Gangotrri, Joshimath to Badrinath and a few roads going towards Rudryaprayag are still closed as they are damaged and repair works are on.

He said that all over the hill state 1,520 roads were damaged.

Reddy told IANS that the mass cremations were continuing.

“Till yesterday (Wednesday) over 300 bodies were cremated but today’s figure is yet to come,” he said, adding that DNA samples of all the bodies have been taken.

“The teams of National Disaster Response Force (NDRF) have been asked to assist the local administration to recover the bodies from under the debris,” Reddy said.

He said the state government is giving Rs.2,000 as ex-gratia to the people who have lost their luggage and money in the floods.

Reddy said a guard of honour would be accorded Friday to the chopper crash victims in Dehradun. NDMA will request the government to provide the financial assistance soon to the families of the victims. Home Minister Sushilkumar Shinde would also be going to Dehradun Friday.