Shimla: Himachal Pradesh government ordered a magisterial probe in the accident cause that killed 18 people and left at least another dozen injured today morning when the private bus they were travelling in lost control in the interior of Sirmaur hills and rolled more than 500 feet into the valley.

A magisterial inquiry has been instituted into the accident cause, said a government spokesman. 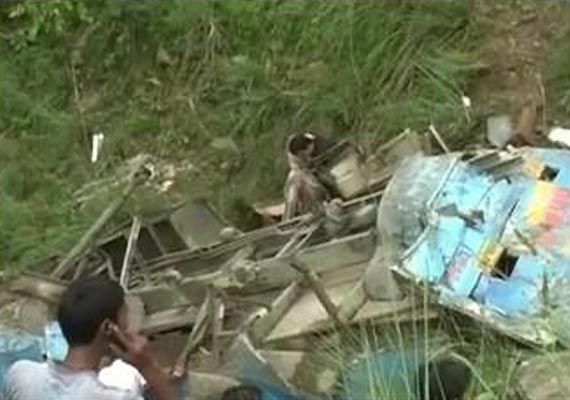 There were 32 persons (35 according to unofficial sources) travelling in the private bus, which started out of Punardhar at 7 a.m., but it had barely run a few kilometers when it lost control near Bharari village in Sangrah sub-division  and plunged into the valley with all the passengers on board.

The bus was on its way to Solan and a large number of passenger victims are said to be student who were on the bus, travelling to attend nearby colleges.

Villagers near the accident site were the first ones to carry out rescue and relief operations before the administration was altered and team of doctors and administrative officials arrived on the scene to provide first aid and supervise the rescue operation.

“The injured were immediately rushed to nearby hospitals at Rajgarh and Solan,” said Diwedi.