New Delhi: The second edition of the Ladakh International Film Festival (LIFF), to be held July 5-7, will have its focus on ‘Celebrating Womanhood’ and highly acclaimed filmmaker Aparna Sen is joining it as the jury’s chairperson this year. 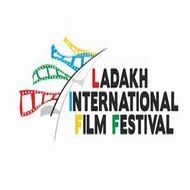 Some international names, including German-based documentary filmmaker Paul Amaczny and American screenwriter Mathew Robbins, will also be on the jury, reveals the official LIFF website.

Key highlights of the fest will include a retrospection on writer-lyricist Gulzar, curated by filmmaker Vishal Bhardwaj; as well as a tribute to the late filmmaker Yash Chopra.

A panel discussion will be focussed upon the role of women in Indian cinema and in the Indian society.

There will also be a workshop for children by Children’s Film Society of India chairman Amole Gupte of “Stanley Ka Dabba” fame, and a business conclave, apart from other workshops and informal interactions in Ladakh’s serene surroundings.