Dehradun : In the aftermath of the grave tragedy that has hit Uttarakhand, the lobby that was clamouring for development works in this small mountain state and that the central government withdraw the declaration of the eco-sensitive zone from Gangotri to Uttarkashi has become quiet.

On the other hand environmentalists are not hesitating to point out that had the environment not been degraded, the worst tragedy in living memory would perhaps have not taken place. 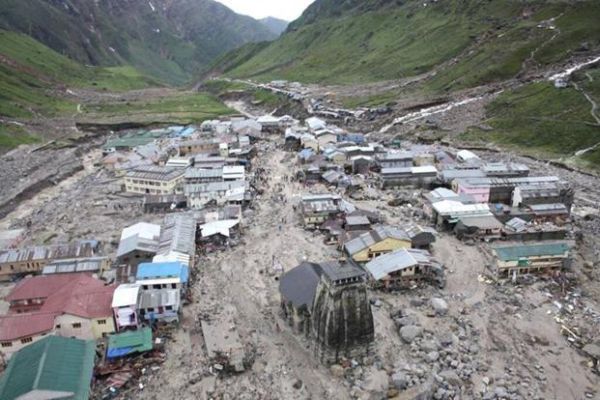 This scribe, then posted as a senior correspondent of a national daily at Dehradun, had visited Kedarnath in 1982 and vividly recalls that Ram Bara, which is mid-way, that is seven kms from Gauri Kund was just a resting place for tired legs, both of men and mules. There were just three or four dhabas serving tea and edibles and sheds where they could rest, and a watering spot for the mules.

The normal practice then was that the pilgrims started on the 14 kms trek to the shrine after a very early bath at the hot water spring at Gauri Kund accompanied by the ‘panda’ who performed the rituals. Mules were the best option for the stiff 14 kms trek, while the aged and infirm took the palanquins that were carried by four people.

After reaching the shrine, the ‘panda’, who had a small place at Kedarnath asked his man there ro prepare a small meal, while he took the pilgrims to the shrine to offer prayers and undertake other rituals, which normally lasted about two to three hours. The journey back started after taking the meal and one reached Gauri Kund back late in the evening.

Very few stayed back for the night, as there were not many arrangements for night stay, the options being the small houses of the ‘pandas’ or the dharamshala.

But as religion became big business, Ram Bara became a bustling place with a large number of shops and hoteliers set up their establishments at Kedarnath, where not only private but even government hotels and restaurants opened in large numbers.

Pilgrims were encouraged to stay back for the night to have a ‘darshan’ of the morning ‘aarti’.

One wonders who gave permission for this unwanted construction.

Ram Bara comes totally under forest area and as such the constructions are on forest land, which is illegal. 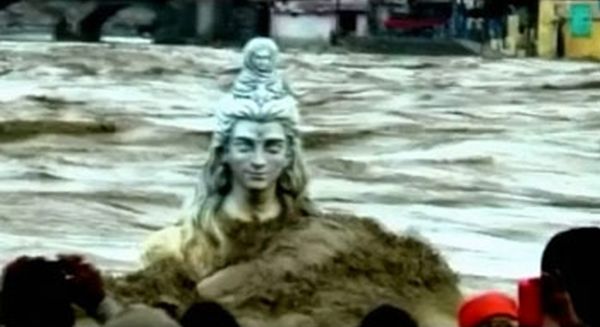 The area in and around the Kedarnath shrine comes under the bio sphere zone where no construction could take place, but it is gathered that the Badrinath Kedarnath Temple Committee, laid claimed to most of this land and opted for the ostrich syndrome to the rampant construction in the area.

The pertinent question is who allowed this rampant construction in the fragile valley which is in a seismic zone and very susceptible to landslides and erosion.

The truth is that no administrative official ever thought it fit to visit the region, as who would walk seven or 14 kms and so regardless of the consequences unplanned construction took place and huge hotels, restaurants and guest houses came up in large numbers.

With the eyes of the state government and district administration closed, it was but a matter of time that a tragedy of this magnitude was only waiting to happen.

Interestingly, though belated, but the union ministry of environment issued a notification declaring the entire area an eco-sensitive zone. But rather than realizing the sensitivity of the issue and supporting it in the interest of the state and its people, chief minister Vijay Bahuguna and his cabinet colleagues actually opposed it.

A greater portion of Uttarkashi would have been declared eco-sensitive and all constructions would have been stopped, which did not suit the politicians, who care a fig for the ecology.

What else can explain the fact that Uttarakhand minister for disaster management does not want to discuss the large number of illegal constructions that have come up along and in the river beds of the state.

No district magistrate has undertaken an exercise to undertake a survey of how many such illegal constructions have come up along the banks and on the river beds, which have choked the river beds and put a hurdle in the free flow of the water. Because of this, the tragedy of this magnitude was only waiting to happen.

As per the notification, over 4150 sq kms area was to be declared eco-sensitive, which would not only have banned the construction of hydro-electric projects on the rivers in this area, but a limit would also have been put on the number of tourists visiting the region.

Today there is no limit on the number of vehicles, including buses and mini buses bringing tourists and the number taxis, cars and two-wheelers entering the area, nor is any registration of the pilgrims or tourists done.

As there is no record to know the number of tourists or pilgrims that were in the Chaar Dham Yatra when the tragedy struck, the death toll will always remain unknown.

But will the Supreme Court take note of this great lapse by concerned officials not only of Uttar Pradesh and Uttarakhand, but also the temple committee for this grave lapse on their part, so that it is not repeated in the future in this eco-sensitive and fragile Himalayan region.