New Delhi:  INS Trikand, a frigate built in the Russian Federation, was commissioned into the Indian Navy Saturday at Kaliningrad in Russia by Vice Admiral R.K. Dhowan, vice chief of the naval staff, an official release said. 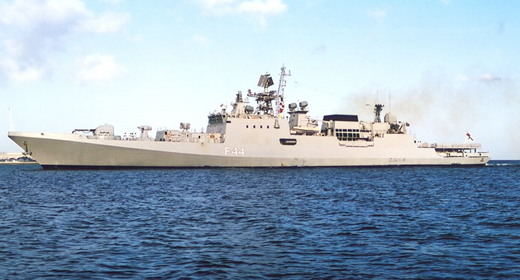 The commissioning of INS Trikand marks the culmination of a three ship contract for “Follow On Talwar Class” ships built in Russia and was a milestone in the Indo-Russian military-technological cooperation, said the release issued here.

“Her sister ships INS Teg and INS Tarkash were commissioned last year and are now undertaking operations as part of the Western Fleet,” the release said.

The ship is powered by four gas turbines and is capable of speeds in excess of 30 knots, it said.

INS Trikand has a complement of about 300 personnel including officers. The ship will soon undertake her maiden passage to India to join her sister ships of Western Fleet, the release said.