One of the major drawbacks in India’s foreign policy is that the dominant voices in the strategic community are of hawkish elements, bereft of pragmatism, who claim to be the custodians of India’s national interest, while the remaining space is successfully captured by those whose world view is anachronistic, and blinkered by an Anti-US sentiment. Both these world views are outdated and detrimental to national interest. 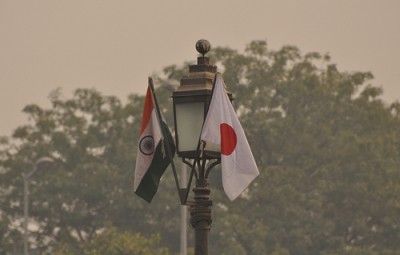 While those claiming to be the guardians of India’s national interest believe, that India has been utopian in its policy towards China and Pakistan, they are also averse to strategic tie-ups with Washington, citing the loss of sovereignty as the main reason. The so called ‘idealists’ support better ties with China, and countries in the neighborhood, but their views converge with the hawks when it comes to issues pertaining to the US. While the first group consists of certain retired diplomats and army officials, the idealists consist of certain diplomats, some of whom have served in an era when foreign policy was excessively tilted towards the Soviet Union and against the US, and some journalists and academics with ultra-left leanings.

It has been left to India’s private sector and sections of the government to give direction and  gravitas to India’s foreign policy. While all governments in the last decade and a half have followed realist policies vis-a-vis China, the neighborhood and even the US. India’s big businesses by increasing their foothold in regions such as Africa, and through overseas acquisitions, have also contributed to enhancing India’s influence on the world stage off late.

If one were to look at the way ahead, there are no two ways about the fact that China will continue to find ways of containing India . There is no doubt, that India has to follow a nuanced policy and find synergies wherever possible, especially in the economic sphere and in multilateral settings and this has been partially successful hitherto.Yet, it is also time that New Delhi doesn’t sanguinely watch Beijing making forays into other parts of the world and respond by saying that we are not competing with China.

Theodore Roosevelt very aptly spoke about the relevance of ‘carrying a big stick while speaking softly’. In the current world, the best stick is economic and military power, and if this is backed by strong soft power, it is a lethal combination. While China may be way ahead of India in economic growth and implementation of projects, one thing which Beijing lacks in most countries is trust and soft power – though it is assiduously trying to cultivate a soft image.

A perfect example is Africa, where countries like Nigeria are already beginning to express their fears with regard to Chinese hegemony in the region. On the contrary, India is extremely popular due to the age old ties with Africa, not only through Non-Alignment, but also due to the diaspora in these countries and the presence of Indian businesses.

In the neighborhood too, there are sections of the business community which are skeptical about Chinese designs. It is just that India has been slow to cash in on these apprehensions and fears. The time has come to strengthen this constituency in Pakistan and Bangladesh, and ensure brisk implementation of projects in Myanmar. For increasing its foothold in the neighbourhood, the smoothest way would be through bordering states which have economic and cultural links with neighboring countries. This includes states which border Pakistan, Bangladesh and Myanmar. Consultations with these border states, in this context, would be a welcome step.

Apart from India’s use of soft power, it can not neglect hard power. For this, it needs to get over its obsession of not displeasing China. India’s job is not to annoy China, but neither is it to be in Beijing’s good books. Our national interest comes first.

The best way of doing so would be joining hands with Japan and other countries in ASEAN which are not happy with Chinese designs. In this context, Prime Minister Dr Manmohan Singh’s recent visits to Japan and Thailand were astute moves. In addition to this, we need not be shy of having good ties with Washington. In the current scenario, there is a convergence of interests between both countries on lots of issues, and we should not get carried away by constituencies which oppose good relations with the US.

India might have lost hope with regard to the way ahead, the world hasn’t. Yet we have to fight our own battles.  It is imperative, that we do not allow the instability in domestic politics, to paralyze our ties with the outside world.