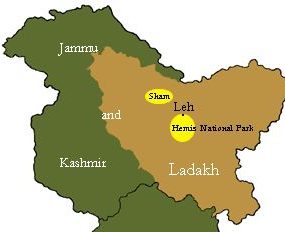 A senior police officer told that Indian Administrative Service (IAS) officer Dharma Rao, of the commissioner/secretary rank, his wife Vidya Rao, their companion Kumar Singh and driver Karma Dorji died on the spot when their vehicle fell into a deep gorge at Khardungla, 500 km from here on the Leh-Nubra road.

The accident occurred after the driver lost control.

The injured, who included Indian Police Service (IPS) officer Ashok Avasthi, of the rank of inspector general of police, his wife Manjuri and Shailendra Kumar, also of the rank of commissioner/secretary in the IAS, were brought to Leh hospital for treatment, the officer said.

The officer said the group of officers from Madhya Pradesh were on a holiday in Ladakh.

Khardungla Pass is situated at 18,380 feet above the sea level.