The move described as “very innovative, yet daring” by the Indian Air Force (IAF) officials will allow additional fueling at Dharasu.

“On landing, the aircraft defueled 8,000 litres of fuel into an empty bowser which was airlifted Friday from Sarsawa by a Mi 26 helicopter. With the availability of additional fuel now at Dharasu, the extraction, evacuation and rescue operations have picked up pace and the available helicopters are now able to make more number of trips,” the release said.

Apart from carrying fuel to Dharasu, the first C130J on its return trip carried about 40 stranded pilgrims.

“The IAF established the aviation fuel supply bridge at Dharasu in a very innovative, yet daring move to give greater impetus to rescue operations which were severely restricted due to non-availability of aviation fuel,” the release said. 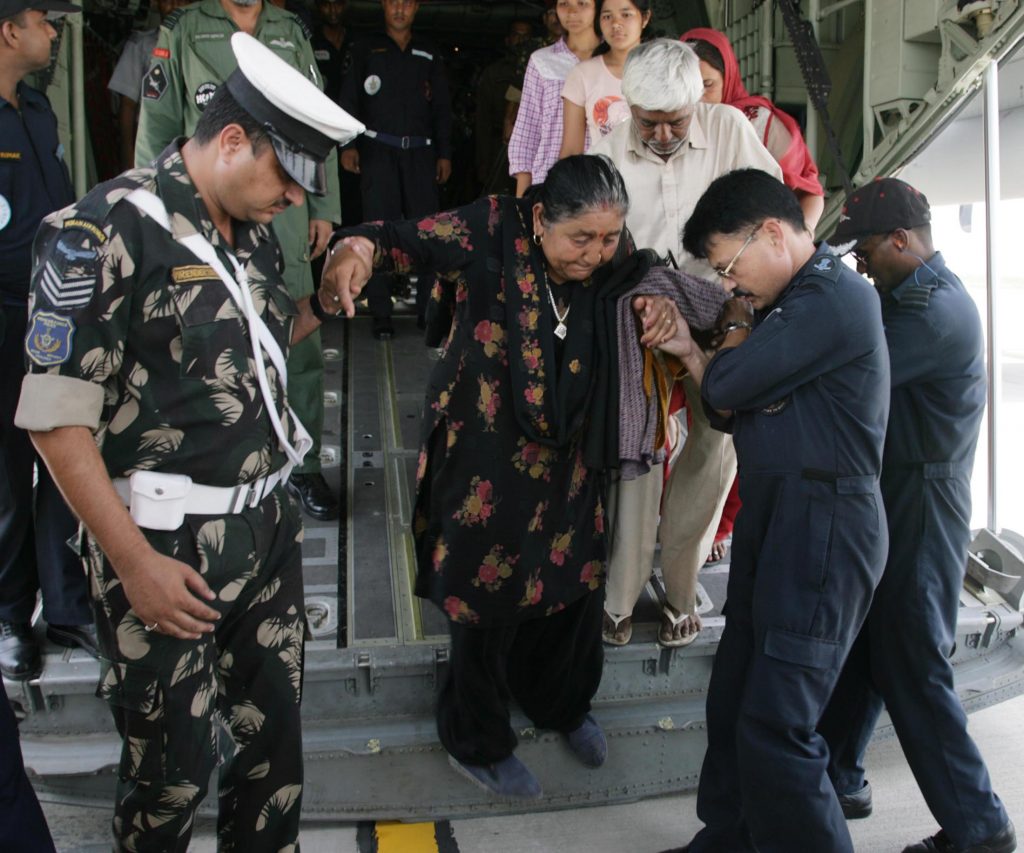 It said the second C130J aircraft took about 100 injured and stranded pilgrims to an air force station where an emergency medical centre had been set up. 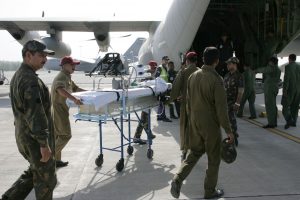 “The first two C130J aircraft carried fuel to Dharasu while the third is carrying a medical team of the IAF to attend to sick people at Dharasu itself before they are moved out to safer place,” it said.

Having paved the way for fixed wing aircraft landing at Dharasu, the IAF pressed its AN 32 aircraft also into action.

“These aircraft are carrying disaster communication equipment vehicle, some more aviation fuel, sudan pumps for refueling the helicopters and 4,200 kg of bridging equipment of BRO (Border Road Organisation). The heavy lift Mi 26 helicopter will also be airlifting the heavy equipment of the BRO to facilitate road repair and construction work,” it said.

The release said that increased flying activity in the narrow valleys was posing a new challenge to traffic management and safe flying.

“The IAF has inducted additional personnel to ensure smooth planning, coordination and execution of flying operations, be it air force, army or civilian operators,” it said.

In all, the IAF has flown 768 sorties in which 10,3350 kg of load has been dropped/landed and 5,347 passengers airlifted under ‘Operation Rahat’.