Shimla: The hydropower projects in Himachal Pradesh — in private and public sectors — are not only gobbling up forests but also damaging natural resources, the Comptroller and Auditor General of India (CAG) has found. 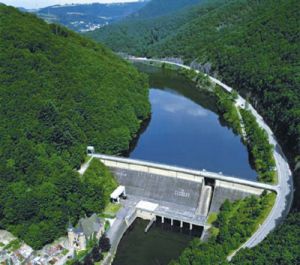 The compensatory afforestation by the state is highly deficient as 58 percent of the test-checked hydropower projects reported no afforestation at all, the CAG said in its recent report.

It pointed out that lack of re-greening of hills poses severe hazards both to natural ecology and stabilisation of hill slopes.

A total of 559 run-of-river hydro projects with an aggregate generation capacity of 10,131 MW were allotted to independent power producers from November 1991 to January 2012.

Till March last year, says the CAG, 55 projects have been commissioned and the remaining are under execution.

An audit found that 12 companies have deposited the funds for compensatory afforestation, but it was not carried out at all in seven projects.

“Out of 12 projects, afforestation requirement was fully met in two, while in three projects it was between 64 and 81 percent,” it said.

The plantation survival in Barseu and Manglad projects was 90 and 100 percent, whereas it was between 40 and 60 percent in the Malana-I, Luni-II and Upper Awa projects.

The Malana-I project, which has already been commissioned, had acquired 61 hectares of forest area in Kullu district for the project.

“The company got clearance to axe 990 trees. As compensatory afforestation, the government was supposed to plant 529,000 saplings (on behalf of the company) but only 336,500 were planted,” it said.

The company had deposited Rs.143.37 lakh with the government for compensatory afforestation in November 1998.

The plantation, said the CAG, was highly deficient, posing severe hazards both for natural ecology and stabilisation of hill slopes.

It also found that one power producer – Manjhal in Chamba district – out of the 16 operational projects selected for test-check was not ensuring minimum flow of water downstream.

The government has made it mandatory for the project authorities to ensure minimum flow of 15 percent water downstream throughout the year, including the lean season, from November to March, for survival of aquatic flora and fauna and riparian rights.

According to the CAG, in three – Manjhal, Sarbari-II and Tarella-III – commissioned projects there was no provision of real-time continuous water outflow measurement, which is mandatory as per the government’s hydropower policy.

The CAG asked the government to ensure that hydropower projects do not result in an adverse impact on the environment.

According to forest department estimates, over 9,000 hectares of forest land have so far been diverted to non-forest use. Of this, 7,000 hectares were used for hydel projects.

Environmentalist R.S. Negi, who heads the Him Lok Jagriti Manch, a people’s movement against upcoming hydro projects in Kinnaur district, told: “The hydro projects are destructive not only to the rivers but also to traditional water channels.”

“Before allocating any new project in the entire Himalayan region that falls in seismic zone-IV and the more severe zone-V, the government should first undertake carrying capacity and cumulative impact assessment of the projects,” he said.