Shimla: The picturesque town Kalpa in Kinnaur district of Himachal Pradesh, where incessant heavy rain wreaked havoc, today recorded the highest precipitation on a single day in the past 15 years, an official said here. 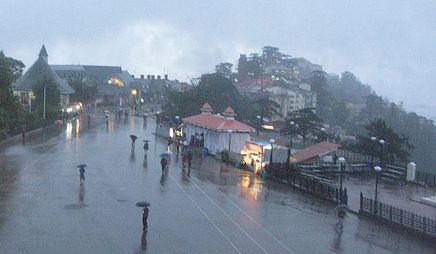 “This is the highest ever precipitation on a single day of this month. Last time the town got the highest rain of 73 mm in 1998,” India Meteorological Department (IMD) director Manmohan Singh told.

He said the entire Kinnaur on an average receives three to four mm rain in June.

Singh said Kinnaur, Sirmaur and Shimla districts were badly hit by the rains in the state in the past two days.

According to him, heavy rain will occur at many places in these three districts over the next 24 hours, and decrease thereafter.