This fact came to light in a proposal on the ways to counter monkey menace in the state submitted in the Himachal Pradesh High Court yesterday. 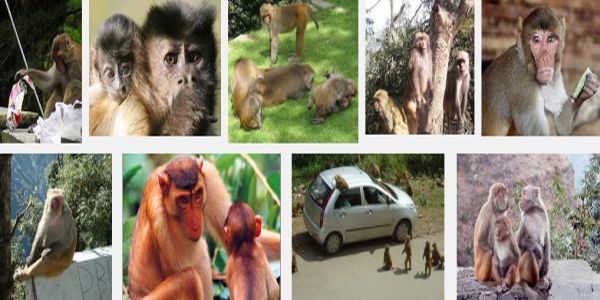 “Killing or sterilisation of the animals (monkeys) is not the permanent solution,” Advocate General Sharvan Dogra told a division bench of Chief Justice A.M. Khanvilkar and Justice Kuldeep Singh.

Therefore, he said, the state has decided to plant 10 lakh fruit-bearing trees, plants and shrubs, in about 10,000 hectares that would provide food for wild animals and monkeys in their natural habitation.

The bench, which was hearing a bunch of petitions against the state’s permission to kill monkeys, was informed that the government has envisaged a five-year ‘human-monkey conflict’ plan.

On generating funds for the plan, he said the money would come from the Compensatory Afforestation Fund Management and Planning Authority (CAMPA) and other central schemes for compulsory forestation.

The high court had in January 2011 put on hold the state’s decision to allow the farmers to shoot monkeys that have been destroying their crops and fruits.

Principal Chief Conservator of Wildlife A.K. Gulati told that the government is working on a monkey rehabilitation project.

He said the government was aiming to develop natural habitats for the monkeys in some forest pockets of towns and villages affected by the monkey menace.

“These primate parks would be wired to ensure that the monkeys stay inside,” he said.

Wildlife officials said various programmes launched in the past, including their sterilisation, failed to tackle the increasing population of simians.

Thousands of farmers in Shimla, Solan, Sirmaur, Bilaspur, Hamirpur, Una, Mandi and Kangra districts have incurred losses mainly due to the marauding monkeys.

The wildlife wing estimates that more than 900,000 farmers are affected by wild animals in the state. Monkeys, numbering over 300,000, mainly target cereal and fruit crops, causing extensive damage.

The high court has directed the union ministries of agriculture, forest, rural development and CAMPA to file replies on the state’s action plan.