Shimla: Political parties were not able to indulge voters in Mandi parliamentary seat much as only a moderate turnout has been recorded by 5 p.m. when voting ended for 1803 polling stations

Chief electoral officer Narinder Chauhan disclosed that data for 1547 polling stations where polling had ended by 5 p.m. had recorded 50.84 percent votes being cast. 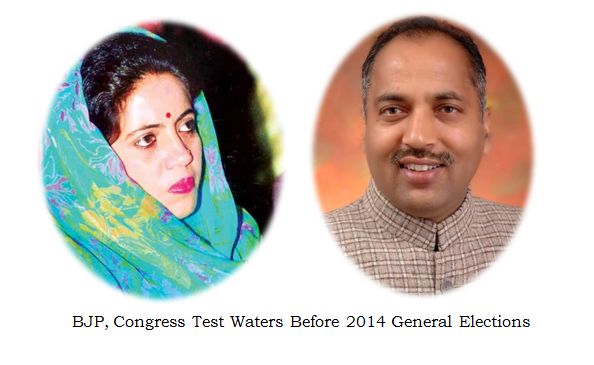 The highest turnout of 62.17 percent has been recorded at Seraj assembly segment in Mandi district

The lowest turnout was recorded at Kullu urban assembly segment where the turnout was only 40 percent, said Chauhan.

Of the 17 assembly segments in Mandi parliamentary seat, polling was held today in 16 of them.

Bad weather having damaged the road network in high altitude Kinnaur had forced the election commission to postpone polling for the segment to 27 June.

The election commission has also banned all exit polls till polling is completed in Kinnaur, later in the week ahead.

The congress has put up Pratibha Singh, wife of chief minister Virbhadra Singh as its candidate for the electoral contest. Pratibha has represented the seat on an earlier occasion also.

BJP has fielded Jai Ram Thakur, a former state president of the party, for the first time for the seat.

Jai Ram Thakur  and his family cast their votes in Seraj assembly segment.

The election commission had qualified 11,24,786 eligible voters who could cast their votes in the election.

Though the main contest is between Congress and BJP, there are two independents also in the fray.