Shimla: Pain killer drug Dextroproposyphene (DPPP) after having been in use for 40 years being banned by the union government has pushed the Himachal Pradesh government to suspended licensees granted for its manufacture in the state. 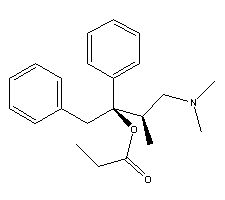 With much of the industrial belt of Baddi, Barotiwala Nalagarh (BBN) being a pharmaceutical manufacturing hub, the government also announced that product permissions granted to manufacturers and its loan licencees to manufacture DPPP and its formulations also stand suspended.

“The drug must be withdrawn from the market immediately,” said the official spokesman adding, “and any manufacture, sale or distribution of the drug or its formulations would attract section 18 (c) of Drugs and Cosmetics Act.”

The union government has evoked section 26A of the Drugs and Cosmetic Act, 1940, for withdrawing the drug from the market by it notification on 23 May. The government spokesmen say that safer alternatives of the drug are available.

Dextroproposyphene is a 40 year old opiod analgesic drug that is manufactured by several pharmaceutical companies in India and is said to be sold under different brand names, either as a standalone compound or in combination with paracetamol or dicyclomine.

Used primarily for treatment of mild or moderate pain, the drug is said to be misused by addicts and was noticed that the demand for DPPP had increased tremendously in North East India.

Because of new research on its addictive and other harmful properties, the European Medicine Agency banned its sale in June 2009 and US Food and Drug Administration (FDA) withdrew the DPPP from the marker in 2010.