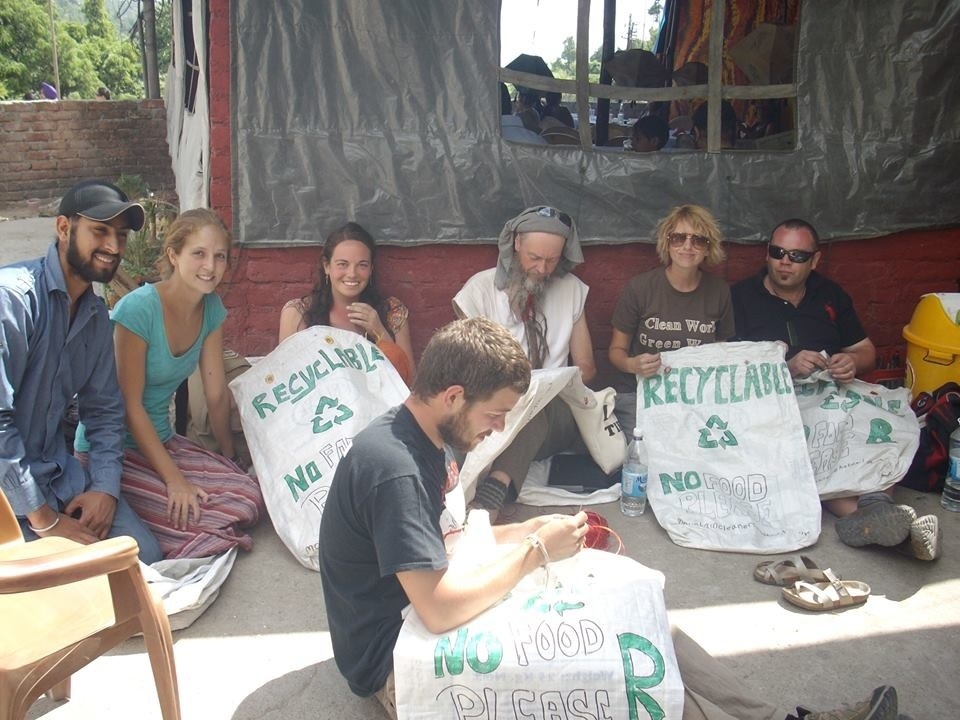 Shimla, June 30 (IANS) This Briton, known as the “garbage girl” of the mountains, has her work cut out even as authorities struggle to locate, rescue and give relief to survivors of the floods that wrecked parts of Uttarakhand. The hills needs to be saved, she says, for future generations and for that we must stop throwing garbage and respect the earth we tread.

Under the banner “Waste Warriors“, Jodie Underhill and a handful of volunteers wearing green T-shirts can be seen clearing garbage from the relief camps. “When I learnt about the disaster, I decided to adopt these hills as part of our next clean-up campaign,” Underhill told IANS on phone from Dehradun.

“I was saddened to see how dirty it was everywhere. There is huge human waste. For the local civic authorities, rescuing the people is the first priority. But we will take care of it (removing garbage),” she added.

But it’s time to wake up India, she said.

“The recent floods are just a warning; it’s nature’s way of telling you that enough is enough! When you chop down all those trees, what holds the soil together? When you blow holes into mountains so you can create hydropower dams, how do you expect them to stay intact,” she asked on her Facebook account.

“When lakhs of people walk a path meant for a few thousand why are you surprised when landslides happen? When you throw or dump garbage, why are you shocked to see soil is contaminated and water not fit to drink?

“If you love God you don’t need to go on a pilgrimage to show it. Instead of giving offerings why not show some kindness to people less fortunate than you… You cannot buy God’s affection but you can please him by respecting the earth he created,” Jodie told IANS.

According to her, instead of pitying the people affected by the floods, make changes in your lives that will prevent future disasters happening and start taking care of the environment for a start.

“Campaign to stop illegal constructions and insist that limits are put on the number of people that go on pilgrimages,” she said.

The recent floods, the 35-year-old Briton said, are a drop in the ocean, compared to the suffering “our children will face in the future if things don’t change”.

Before this, Underhill and her group had collected non-biodegradable waste dumped carelessly in the mountains of Himachal Pradesh.

Arriving in Dharamsala, the abode of Tibetan spiritual leader the Dalai Lama, in 2009, Underhill was horrified to see the amount of garbage destroying the beauty of the local area and launched clean-up campaigns. She

She has also come to the rescue of mules and horses that have been trapped by the flood waters in Uttarakhand’s Kedarnath-Badrinath axis.

“Saving people is crucial, yes, but the helicopters flying into the affected flood areas can drop feed to save the 4,000 mules and horses trapped by the flood waters,” said Jodie Underhill, who has been credited with cleaning up “mountains” of trash in the hills of Himachal Pradesh.

“They have been without food for 10 days and can’t last for much longer. These animals were serving man when the disaster happened and they can serve again if they survive. The livelihoods of thousands of people are at stake and if these animals die, their rotting corpses will pollute the water, causing disease,” Underhill, who is camping in Uttarakhand to clean up huge piles of trash left behind by rescued people, wrote.