Shimla: The arduous 1,050 km bus journey linking Delhi to Leh via Manali has restarted, eight months after it was stopped due to heavy snowfall, an official here said today. 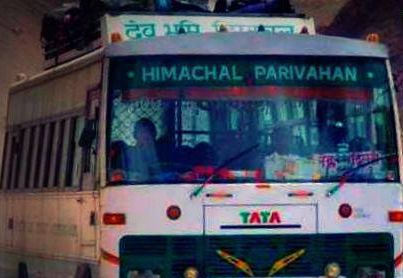 The bus to the Ladakh capital would make brief halts and stop at major tourist spots like Manali in Himachal Pradesh’s Kullu district and Keylong in Lahaul-Spiti district.

“The response of the tourists is quite good. A passenger can even get online advance booking,” the official said.

The Delhi-Leh bus service via Manali normally operates for four months as the 475 km Manali-Leh highway remains shut rest of the year due to snowfall.

The Himachal Pradesh Tourism Development Corporation (HPTDC) has announced that its luxury bus service between Manali and Leh would restart in the first week of July.

The HPTDC runs a 35-seater bus on the Manali-Leh route via Keylong.

The bus leaves Manali in the morning and stops overnight at Keylong. From there, it departs for Leh and reaches the destination in the evening.