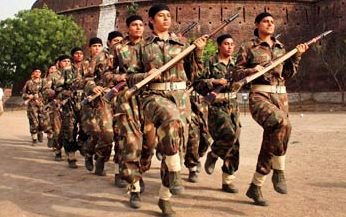 CRPF Director General Pranay Sahay said the Mahila battalions of the force were the most manifest form of women’s empowerment and had been able to present an example before the country with their courage, dedication and loyalty.

“CRPF women are deployed all over the country in operational and conflict zones and have also been coordinating religious yatras like the gruelling Amarnath Yatra,” said Sahay.

The all-woman commando team also gave a performance of their skills at the function.