The media and strategic community in India has a rather jaundiced view when it comes to the role of states in the country’s foreign policy – specifically neighborhood policy.

There is no doubt whatsoever that the role played by two Chief Ministers, Mamata Banerjee of West Bengal and Jayalalitha, CM of Tamil Nadu, in embarrassing New Delhi internationally has definitely bolstered the argument that a centralized foreign policy is in the nation’s interest.

Yet what is conveniently glossed over is the point that a number of Chief Ministers have been more than eager to play a constructive role in developing closer economic relations with neighboring countries.

Unfortunately, in analyses on state participation in policy either this point finds mention as a foot note or it is not taken very seriously.

One clear example of a Chief Minister willing to support New Delhi’s olive branch towards countries in the immediate neighbourhood is Manik Sarkar of Tripura who has been lobbying for better economic ties with Bangladesh. 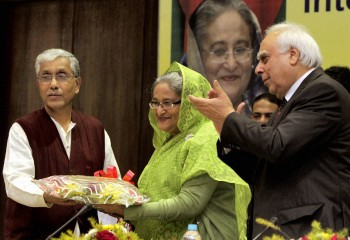 Sarkar who invited Bangladesh Prime Minister Sheikh Hasina in January 2012 has been keen that Tripura export power, generated from the Palatana power plant, to Bangladesh. It should be mentioned here that Bangladesh had provided logistical assistance in this project. New Delhi has still not responded to Sarkar’s proposal.

In the context of Myanmar, states such as Arunachal Pradesh and Manipur have been doing their bit, with Ministers and businessman visiting Myanmar to give a boost to the relationship.

If one were to look at Pakistan, the governments of Jammu and Kashmir, Punjab and off late even Gujarat have been extremely enthusiastic for closer economic linkages.

Perhaps, the greatest appetite for has so far been built on the Wagah-Attari border where an Integrated Check Post was built and trade has increased over the past year, in spite of numerous logistical road blocs and the tensions between the two countries in January. 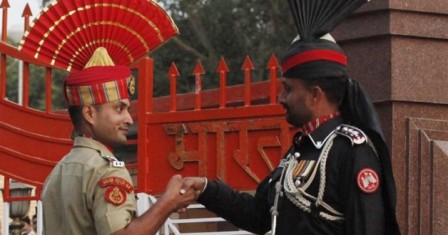 Chambers of Commerce from Amritsar and Lahore have been meeting frequently and a delegation led by Sukhbir Singh Badal visited Pakistan in October 2012. Badal along with the Chief Minister of Pakistani Punjab, Shahbaz Sharif explored new vistas for cooperation, and a joint business council has also been set up for the purpose.

With Nawaz Sharif’s focus being on improving economic ties and the likely interest in importing power from Punjab, Indian Punjab is the natural gate way due to its geographical location.

Already officials of the Gas Authority of India Limited (GAIL) visited Pakistan to explore the possibility of extending an existing pipeline from Jalandhar to Pakistan.

Aside from Punjab, other borders such as Rajasthan-Sindh and Gujarat-Sindh are likely to increase in relevance were economic activity between the two countries to pick up. Both the above borders would be especially important, in the context of petroleum trade.

It would also be pertinent to mention here, that in addition to states bordering Pakistan, Bihar Chief Minister Nitish Kumar also visited Pakistan last year and managed to strike a chord with the Pakistani leadership.

While there is not an iota of doubt that on issues of foreign policy – including economic ties – New Delhi can not just be a mere spectator. States are meant to facilitate and complement the central government’s policies, not direct them. 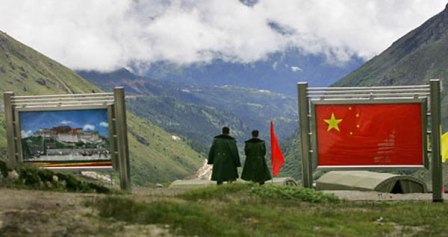 To ensure, that border regions can work harmoniously in New Delhi a few things need to be kept in mind.

Firstly, it is time that those who believe in a strong centre also realized that  the role being played by federal units is not something which is India specific, but an international phenomena arising out of globalization and increasing economic interdependence.

Apart from this, a lot of important economic ideas are emanating from the states not New Delhi. So if these very states help India’s national interest by aiding New Delhi in cementing closer economic ties with countries within the neighborhood and outside, there is nothing wrong or anti-national.

Those who are vary of a strong federal structure would do well to learn from Germany, where the federal government consults Landers, which are the equivalent of states, even on issues which are outside the ambit of the latter.

Second, a large number of states may not be run by high profile leaders, with political clout, but they may have innovative ideas, they too need to be given a voice. This is especially true of states in the North-East.

Third, border states too must work together and form groupings amongst themselves.  Rather than blaming New Delhi for being slow and bureaucratic, they should come up with feasible solutions.

In conclusion, it would be fair to say that for India’s border states  closer economic relations with  neighbours are a necessity and not something to debate about and analyse while sitting in ivory towers.

Tridivesh Singh Maini is a New Delhi based analyst and Policy Analyst.