Defying global recession, what is it that makes the economy of China beat the blues while other giants like USA and Europe are humbled?

China’s economic strides in the recent years has left the rest of the world completely overwhelmed.

While India and USA economy grow at a rate of 5.7 and 2.4 percent this year, China’s economy sees a soaring growth of 8 percent, CNN Money revealed. 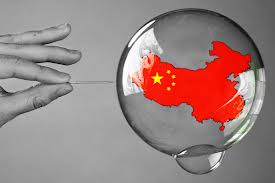 One of the reasons why China’s economy has seen such a rapid growth is because China is an exporting giant with access to extremely cheap labour. In addition, china kept its currency undervalued in order to make its goods more competitive in foreign markets which generated substantial revenue for the country.

Unlike other countries, China was not compelled to spend large amounts on importing goods since it used huge amounts of its own resources for example coal. Allowing them to grow their own economy and be less dependent on foreign resources.

China may be rising, but the question still remains, can it fly?

Being a socialist country, it entrusts the state to take all the important decisions including that of trade and consumption which does not bode well for growth and is the only thing standing in its way in becoming the world’s no. 1 economy.

Economic planning in China therefore, only applies to the factors of production and not the allocation of goods and services produced for consumption which usually results in shortages and surpluses.

China’s transformation from a command economy to a market economy to rectify the structural imbalances may not have done much for the country since the major sectors are still controlled by the state and many a times even the private industries are dictated by the government.

The country desperately needs industrial liberalization to further its economic growth and eradicate the rising corruption in the administrative system of the state.

In addition to the various economic barriers, China’s “One-Child Policy” has worsened the economic conditions in the country and given rise to unforeseen consequences.

Cheap labour cost had created a monopoly for China but it is estimated to soon come to an end as the workforce has already started to shrink subsequent to the implementation of the policy.

Idle labour cost that filled many of their major companies’ assembly line is slowly drying up as the population is aging more rapidly and is creating an imbalance between young and old.

The indirect result of this policy, according to the 2010 census of China, has lead to a 13.3% rise in the population of people over 60 while only one-sixth of the population consists of children under the age of 14.

In addition, China’s tendency to save and invest over 40% of its GDP has become dangerous and destabilizing, both for China and the global economy.

China’s excessive dependency on investment is an unsustainable model and an adjustment in its growth strategy is becoming an increasing necessity to speed up the process of interest rate marketization. Reliance on investment may only inflect serious long-term damage on economic performance of the country.

The industrial progress and economic growth has come at a huge cost to the country’s environment.

The massive environmental degradation with air, water and soil pollution is jeopardizing the nation’s public health and food safety. It is costing China 3.8% of the GDP to clean up the environment, according to the statistics released in China Green National Accounting Study Report.

Pan Yue of the ministry of the environment said that, these problems will soon overwhelm the country and will create millions of “environmental refugees.”

If a new economic growth model is not implemented, “China’s economic miracle” will soon run out of steam.