Dehradun: Terming the disaster that has hit Uttarakhand, as a ‘Himalayan Tsunami’, chief minister Vijay Bahguguna has gone on record to say that the state has neither the officials nor the wherewithal to cater to the great tragedy. Perhaps what the chief minister had in mind is that neither the state government nor the administrative machinery has the required competence. 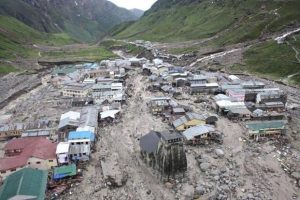 No denying the fact that in a tragedy of such mammoth proportions, where over 70,000 people have been stranded and an infinitely large number of people killed and property worth thousands of crores devastated, it is nigh impossible to look into the needs of every single individual, but if the reports that are filtering into the state headquarters is any indication, there is complete chaos.

While the district magistrates of the affected districts are claiming that they have enough food packets to be distributed, those stranded in the far flung interiors are crying for food and water, claiming that they have not a morsel ever since the rains devastated the region, about six days back. They look skywards at the choppers in hope that food will be dropped, but are left disappointed.

What is appalling is the fact that the emergency drill for evacuation that should have been adopted while airlifting the stranded persons is not being followed. Normally, the women, children, aged and inform should be evacuated first, but here norms are different. There are allegations that influential people with political clout are having their say on who will be evacuated, for a consideration.

If reports appearing in a section of the vernacular media are to be taken at its face value, a helicopter was put at the disposal of Saket Bahuguna, the chief minister’s son, to make the most of the tragedy for political mileage. The pilot of the chopper refused to take any food packets for the stranded people, or to airlift them to safety, saying that the helicopter was only for Saket.

One can but imagine the magnitude of the task at hand. There were 0ver 70,000 people stranded at various places, most of them hungry, thirsty and in a disturbed state of mind, clamouring desperately to be airlifted to safety. Many of them who have been separated from their near and dears are not even aware whether they are still alive and desperate top see them.

Though there are reports that about 20 choppers, including a couple of private helicopters have been pressed for the evacuation of the people, the fact remains that they are hardly enough taking into consideration the number of people who have to be ferried. At times, pilots have not landed fearing that the large number of impatient people may over run the chopper and create problems.

If Sumit of Nagpur is to be believed, his family members came all the way from Nagpur after hearing of the tragedy and ran from pillar to post to get his and the other 48 members of the group evacuated from Dharali near Gangotri. But he refused, after which they got in touch with the Maharashtra chief minister, who got in touch with his Uttarakhand counterpart. 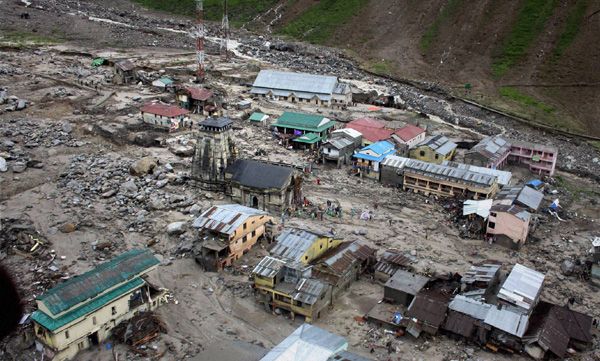 Sumit claims the family spent Rs 20 lakhs for a private chopper to ferry them to safety, and that only permission for flying the chopper was given by Uttarakhand government and nothing done despite the fact that they were without food and just sipping lapfuls of water to survive. Needless to say, that all could be seen in tears when they reached Dehra Dun.

In the control room which is supposed to be manned 24X7 there is complete chaos. The information is not being updated and it is not known who is stranded where and even whether groups of people are alive or not. The large number of people, who have come here from all parts of the country to know the fate of their immediate family members are getting no response from the control rooms, for the simple fact that they do not have the information.

Perhaps knowing that there would be complete chaos, because of the sheer magnitude of the tragedy, that certain states decided to send their own ministers and officers to open helplines for people of their states. West Bengal, Maharashtra, Andhra Pradesh and Rajasthan are some of the states that have set up their helplines.

One can understand the bewilderment of the large number of people who are here who know that their kith and kin were on pilgrimage to the four major shrines of this small mountain state and have been caught in the tragedy. They do not know whether their family members are dead or alive and there is no one who can give them this information. Such is their condition.

With food supply situations becoming grim in the hills and the roads blocked the patience of the people is being out to taste. While the chief minister and some of his important cabinet colleagues, Yashpal Arya and Harak Singh Rawat are just making statement and visiting their areas by chopper, the anger of the people is surfacing. 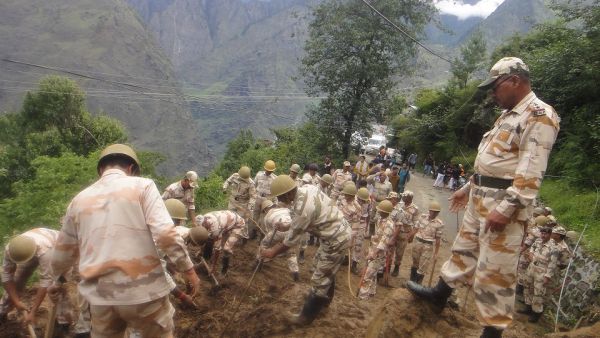 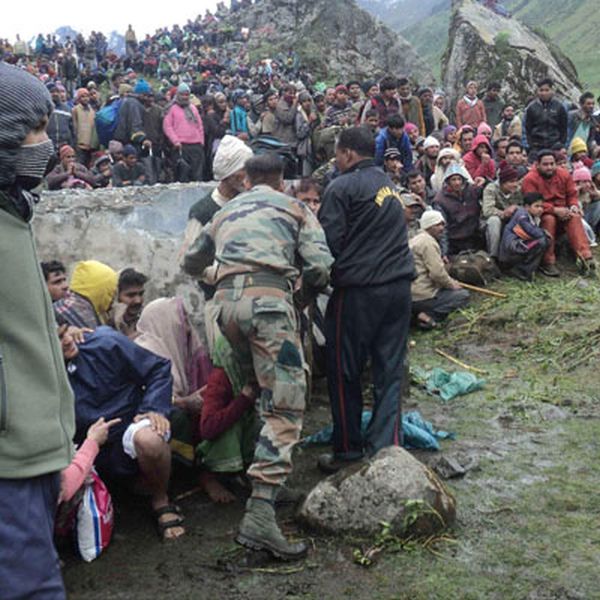 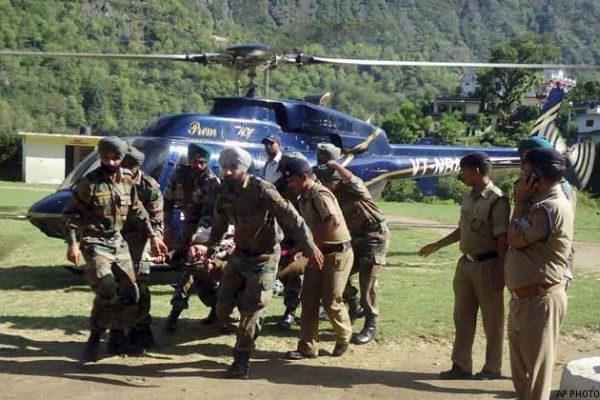