New Delhi: Rickshaw-pullers, rag pickers, sanitation workers and taxi drivers are among a host of unorganised sector workers who have been brought under the ambit of the national health insurance scheme in a decision taken by the union cabinet today. 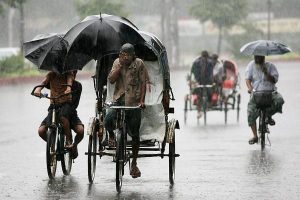 The Rashtriya Swasthya Bima Yojana (RSBY) would be extended to rikshaw-pullers, rag pickers, mine workers, sanitation workers and autorickshaw drivers and taxi drivers.

mine workers, 10.08 lakh sanitation workers and 35.39 lakh autorickshaw drivers would be covered under the scheme, Finance Minister P. Chidambaram told reporters after the cabinet meeting here.

The total financial implications for extension of the RSBY to rikshaw-pullers, rag pickers, mine workers, sanitation workers and autorickshaw drivers and taxi drivers, would be around Rs.210 crore for the year 2013-14 and Rs.419.89 crore from 2014-15 onwards.

The RSBY is being implemented in 28 states/union territories and more than 3.44 crore smart cards have been issued as on March 31. The target for the year 2013-14 is to cover 3.60 crore below poverty line families.