Chandigarh: Former Indian cricket board president Inderjit Singh Bindra today reiterated his claim that the BCCI had put pressure on the Sri Lankan board to withdrawn a report that named an India player violating the anti-corruption rules during the 2010 tour. 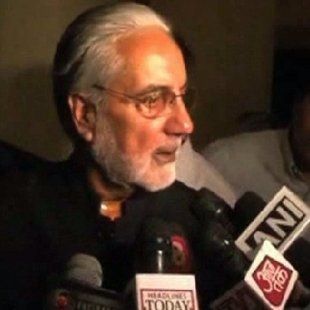 After Sri Lankan Cricket (SLC) rubbished his claims, the former chief of the Board of Control for Cricket in India (BCCI) issued a statement saying: “I have seen the press release issued by Sri Lankan board on June 3 contradicting my assertion made in my blog dated June 1. I reiterate and fully stand by what I had said.”

Bindra said the International Cricket Council (ICC) should look into the matter.

“I would like the ICC or any other independent body to hold a probe into the matter and take action on the basis of this probe. I undertake to provide full information and details to an independent probing agency,” said Bindra, who was also the principal advisor to former ICC president Sharad Pawar.

The Sri Lankan board in a statement had refuted Bindra’s claims.

“Sri Lanka Cricket read with surprise an account of an incident that supposedly led to filing of an anti-corruption report during the Indian tour of Sri Lanka in 2010 and the subsequent withdrawal of the said report due to ‘arm-twisting’ by the BCCI,” Ashley de Silva, acting CEO of the SLC, said in a statement.

“We wish to state that such an incident did not take place as alleged and no report was submitted to the Indian team manager nor was an incident report filed with the anti-corruption unit of the ICC who were present during the series. The allegations that follow are therefore not pertinent.”

Bindra claimed Sunday that during India’s 2010 tour to Sri Lanka, an Indian team official had taken a girl to the room of a player, who is also a prominent member of Chennai Super Kings since the inaugural Indian Premier League (IPL) in 2008.

“It was observed on the footage that the girl spent the night prior to a game. It was also alleged that girl was sent by an individual on ICC’s list of suspected bookies. This incident was in gross violation of security as well as anti-corruption regulations,” Bindra said.