Mumbai: Sony Music has decided to digitally release the soundtrack of forthcoming film “Bhaag Milkha Bhaag” a week before its original launch on demand from fans 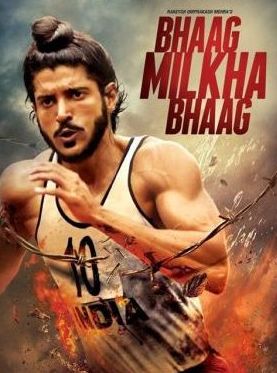 The album will have an online release June 14, and it’ll be followed by the usual launch June 21. Post spectacular musical success of 2006 movie “Rang De Basanti”, this is Sony Music’s second project with director Rakeysh Omprakash Mehra.

“Zinda”, the first song from “Bhaag Milkha Bhaag” sung by Siddharth Mahadevan, was released on YouTube May 30 followed by “Mere yaar” and “Maston ka jhund”.

Sanujeet Bhujabal, marketing director, Sony Music India, said: “We released ‘Zinda’ two weeks ago and since then have been getting calls to release the album in its entirety.”

“The video of the song has received humungous likes and comments demanding the immediate release of the entire album. We along with Rakeysh Omprakash Mehra Productions have decided to make the entire album available to fans earlier. We are supremely confident of the music and want fans to have access to it as soon as possible,” added Bhujabal.

A biopic on former Indian athlete Milkha Singh, “Bhaag Milkha Bhaag” will see filmmaker-actor Farhan Akhtar in the title role and Sonam Kapoor will be seen as his love interest.

It is slated to release July 12.